English singer and songwriter Lilly Allen stormed onto the scene in the mid ‘00s with her infectiously catchy hit single ‘Smile’, soon reaching No 1 on the UK Singles Chart. Follow-up single ‘Alright, Still’ sold over 2.5 million copies worldwide and picked up nominations at the Grammy, Brit and MTV Video Music Awards. Allen has since progressed to become one of the UK’s most widely recognised female stars, winning the 2010 Brit Award for British Female Solo Artist and taking partial credit for contributing to what was dubbed the “Year of the Woman”, after being included among four other female artists nominated for the Mercury Prize, including the iconic Amy Winehouse.

Daughter of actor Keith Allen and Alison Owen, Allen’s performative talents were evident from an early age: she left school at age fifteen determined to pursue a career in the arts. A MySpace recording of her early work came to the attention of BBC Radio 1 and eventually resulted in a major-label deal with Regal Recordings, and the rest was history. Cementing her stardom with bold, adventurous singles such as ‘The Fear’ and ‘Fuck You’, Lily Allen can now be considered one of the most influential artists of her generation. Aside from her live performances, Allen has developed talents as an exceptional DJ, and is available to bring her uniquely vibrant selections to any event, venue or performance. 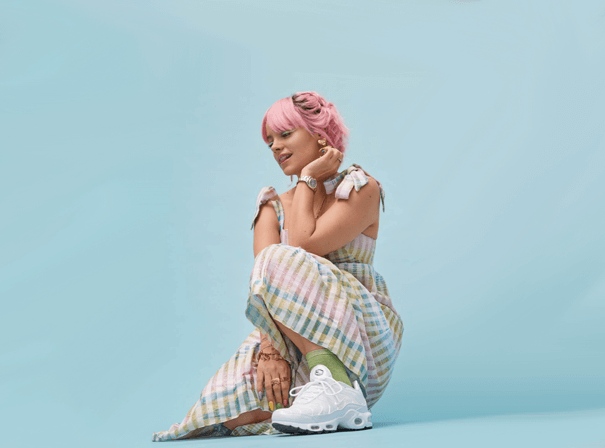