Pauly D is an American television personality and DJ who its best known for being a house mate on Jersey Shore. Born Paul DelVecchio in 1980 in Providence, Rhode Island and of Italian descent.

Pauly D has also released a number of his own albums as part of a huge deal with 50-Cent’s G-Unit and G-Note Records and has his own spin-off show The Pauly D Project.

Paul was first cast for Jersey Shore in 2009 after the series producers liked his look. Soon as he appeared in the show fans starting going wild for him and in 2011 he won the 2011 Teen Choice Award for Male Reality Star and was a contestant on a show on Fox called The Choice in June 2012.

His spin-off show, The Pauly D Project, focusses on Pauly’s DJ career as he tours around America and started in 2012. It showed him to be a funny and easy to like personality not known for diva antics unlike many of his show peers.

In 2018, DelVecchio rejoined The Jersey Shore castmates for a sequel series, Jersey Shore Family Vacation set in Miami and has also been part of the cast on Famously Single on the E! network. Pauly has worked in the studio with the likes of Big Sean and has worked as the social media ambassador for Summer Slam. 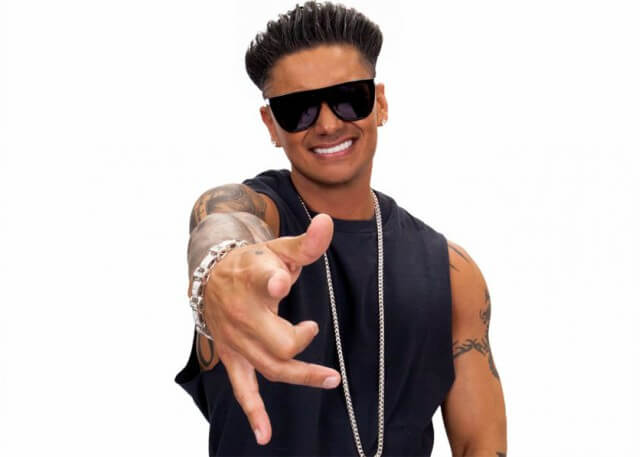