Bert Kreischer is a stand-up and television host, whose no bolds barred storytelling and unique persona have turned him into a comedy legend. He is known for his wildly funny stand-up shows, his popular podcast series, and for presenting the Travel Channel reality shows Bert the Conqueror and Flip Trip.

Kreischer first hit headlines in 1997, when he was profiled in a Rolling Stone article that named him ‘the top partyer at the Number One Party School in the country,’ and which would later form the basis of the film National Lampoon’s Van Wilder, starring Ryan Reynolds. After this, Kreischer started performing stand-up at his local bar in Florida, and later moved to New York to pursue the career more seriously. He is particularly known for recounting extraordinary and outlandish stories, for usually performing shirtless, and for his self-deprecating persona. He tours extensively throughout the US and beyond and has released several comedy specials, including Comfortably Dumb for Comedy Central, The Machine for Showtime, Secret Time for Netflix. He has appeared on The Church of What’s Happening Now, Conan, The Joe Rogan Experience, Last Call with Carson Daly, This Is Not Happening, and many others.

Kreischer has had acting roles in Life With David J and The Shield, and has hosted Hurt Burt and The X Show for FX, and Bert the Conqueror and Trip Flip for the Travel Channel. He hosts the long-running weekly podcast The Bertcast, and co-hosts both 2 Bears 1 Cave with Tom Segura and Bill and Bert with Bill Burr. His memoir, Life of the Party: Stories of a Perpetual Man-Child, was released in 2014. 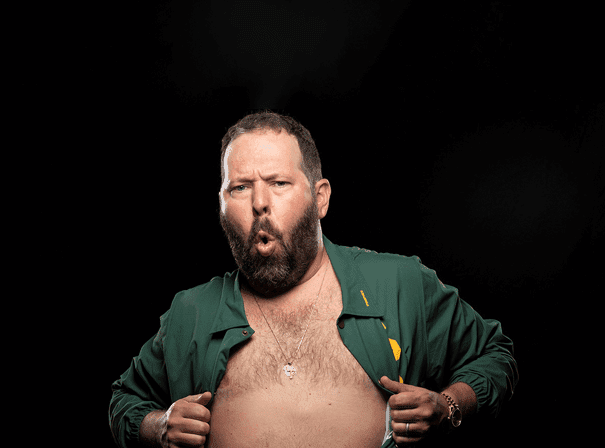