Actor and comedian Chris Distefano is known for his quick wit, relatable persona and charismatic charm, and has quickly established himself as one of the leading comedic figures of his generation. He has found fame on shows such as Guy Code and Girl Code, hosting Ultimate Beastmaster on Netflix, and for has popular stand-up shows, podcast and other ventures.
Distefano first hit the screen in the MTV series Guy Code, and was soon named by PopSugar as the ‘funniest buy on MTV’. He continued to star in the popular franchise, including in Girl Code, Guy Code Honors, and Guy Court. He has since co-hosted Ultimate Beastmaster on Netflix, and hosts the interstitial series Stupid Questions with Chris Distefano for Comedy Central.
As an actor, Distefano has starred in Benders on IFC, and starred in and co-executive produced Distefano, a pilot based on his own life and written by How I Met Your Mother creators Carter Bays and Craig Thomas. He created and co-stars in web series Bay Ridge Boys alongside Yannis Pappas, and the pair also co-host the history podcast History Hyenas.
Distefano performs his stand-up shows across the US and beyond. He has headlined the Breakout Artist Series at iconic comedy club Carolines on Broadway, and has played at festivals including Montreal’s Just For Laughs and The Moontower Comedy Festival. His first full hour stand-up, Chris Distefano: Size 38 Waist, premiered in 2019. He has performed on the Late Show with David Letterman, Gotham Comedy Live, and Late Night with Seth Meyers, and appeared on People Talking Sports and Comedy Knockout. 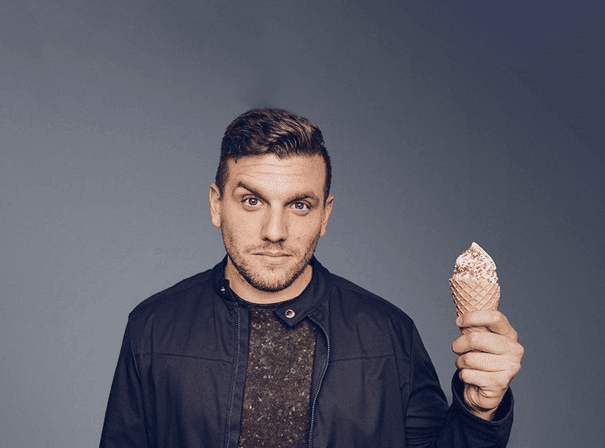