Nashville-based comedian Dusty Slay is fast becoming a fan favourite with his brand of observational humour delivered with down-to-earth optimism and Southern charm. He was named a Top Comic to Watch in 2019 by Variety, was a featured comedian on TMZ, and in 2018 was nominated for Best Indie Comedian at the Indieville TV Awards.
Slay’s unique comedy is influenced by his extraordinary and varied life. His early years growing up in a trailer park in Alabama followed by a series of unusual and disparate jobs provide him with copious material and authenticity. In 2004, he moved to Charleston, South Carolina, and began to perform improv and stand-up, quickly winning admiration for his work. He has since performed at the Charleston Comedy Festival, Cape Fear Comedy Festival and Nashville Comedy Festival, and was a Just For Laughs 2018 New Face in Montreal. He was youngest comedian ever to perform on Nashville’s Grand Ole Opry Stage, and appeared at Comedy Central’s Clusterfest in San Francisco in 2019.
On television, Slay has taken the late-night circuit by storm, with performances on Jimmy Kimmel Live!, The Tonight Show Starring Jimmy Fallon and Lights Out with David Spade. He has also appeared on Laughs on Fox, North Meets Southern Momma Tour, and NBC’s Last Comic Standing, and is regularly heard on the airwaves, including on Pandora Radio, Sirius XM, and The Bob and Tom Radio Show. 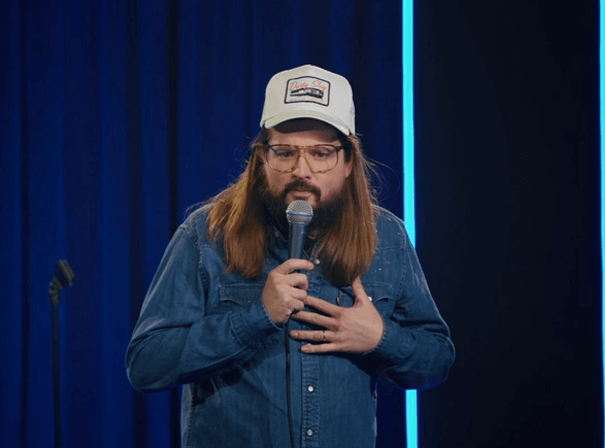