Stand-up, actor and writer Fahim Anwar is one of comedy’s rising stars, gaining acclaim for his acting roles in shows like Goatface and Superior Donuts, his stand-up special There’s No Business Like Show Business, and his performances at festivals and theatres across the US and beyond. He has been named by the New York Times as a Most Promising Future Star.
LA-based Anwar began his career as an aerospace engineer at Boeing, before making the major change to stand-up comedy. He is a regular at venues such as Hollywood Improv and The Comedy Store, and has performed at Punch Line San Francisco, Montreal’s Just for Laughs Festival and London’s Soho Theatre. Since 2018, he has hosted his own podcast, Fahim Anwar Dance Hour, combining music, talk and guest appearances.
Anwar released his first one-hour special, There’s No Business Like Show Business, in 2018, and was head writer and co-star of the Comedy Central special sketch show Goatface, performing alongside his group of the same name. He has appeared on Late Night with Seth Meyers, Conan, Last Call with Carson Daly and The Joe Rogan Experience, and has been a guest performer on Laugh Factory, The Brit List and @midnight. His television acting credits include Superior Donuts, Whiskey Tango Foxtrot, Californication and The Carmichael Show, and on the big screen he has appeared in Bad Neighbors and Electric Love. 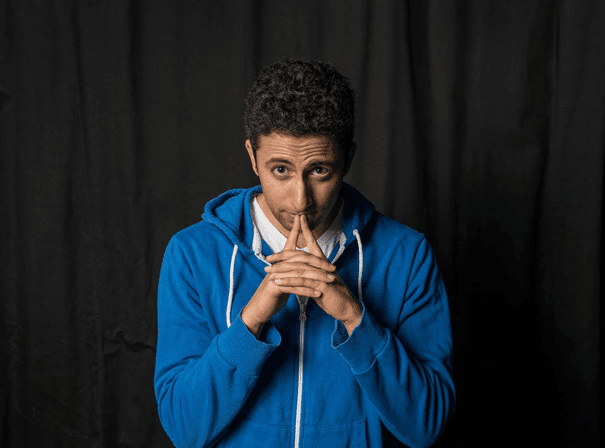