Writer, actress and producer Issa Rae came to public attention for producing and starring in the web series Awkward Black Girl, and has since created the HBO series Insecure and starred in movies including The Hate U Give and Little. In 2012, Rae was named in the entertainment section of Forbes’ 30 Under 30, and she has since been nominated for two Best Actress Golden Globes and a Primetime Emmy.
Rae created the Awkward Black Girl web series in 2011, uploading her first episodes to YouTube. The series soon achieved viral success, and Rae and producer Tracy Oliver crowdfunded the remainder of the first season. For the second season, she teamed up with Pharrell, who released episodes through his own YouTube channel. She has since developed other web series including The Choir, Ratchet Piece Theater and The “F” Word.
Since the success of Awkward Black Girl, Rae has developed the comedy series Insecure with Larry Wilmore, which stars Rae alongside Jay Ellis and Yvonne Orji. The series was named one of the top 10 Television Programs of the Year by the American Film Institute, has garnered Rae Golden Globe and Emmy acting nominations, and has been renewed for three seasons. She has since voiced the character of Dr Indira in BoJack Horseman, appeared in the movies The Hate U Give, Little, The Photograph and The Lovebirds, and has appeared in music videos including Pharrell Williams’ Happy and Jay-Z’s Moonlight. She has released the New York Times bestselling memoir The Misadventures of Awkward Black Girl, launched the record label Raedio, and received praise for her activism, particularly around the issue of police violence against Black Americans. 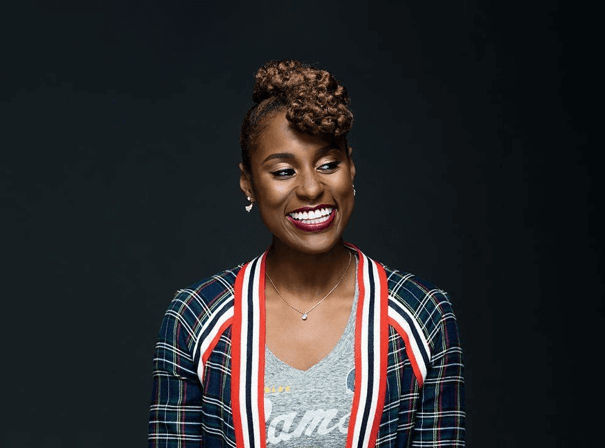