Ivan Decker is undoubtedly one of comedy’s rising stars, enjoying a meteoric rise thanks to his sharp, complex and quirky observational style where the jokes come thick and fast. The Canadian has been named a Comic to Watch by TBS, and received a Juno Award for his debut comedy album.
Decker has performed his stand-up at Montreal’s Just for Laughs, at festivals in Winnipeg, Halifax, and New York, and at theatres and comedy clubs across North America. Now LA-based, he can frequently be heard on the airwaves of Sirius XM radio, and in 2018 released his debut comedy album I Wanted To Be A Dinosaur, which won the prestigious Juno Award for Comedy Album of the Year. He co-hosts the podcast Satan’s Lawyer, where he and Andrey Summers are tasked with defending the indefensible, and previously hosted the comedy science podcast Science Us!
On television, Decker has performed on Conan, appeared in CBC’s The Debaters, the Corus Network’s The Funny Pit, and Rise of the Comics, and has featured on the Just for Laughs specials Back to School and Relationships and several episodes of Just for Laughs: All Access. He had acting parts in Girl vs The City and Golden Futures, and has written for This Hour Has 22 Minutes and White Ninja. He is a featured comedian on Netflix series Comedians of the World, where he performs his critically acclaimed show Underwater Scissors. 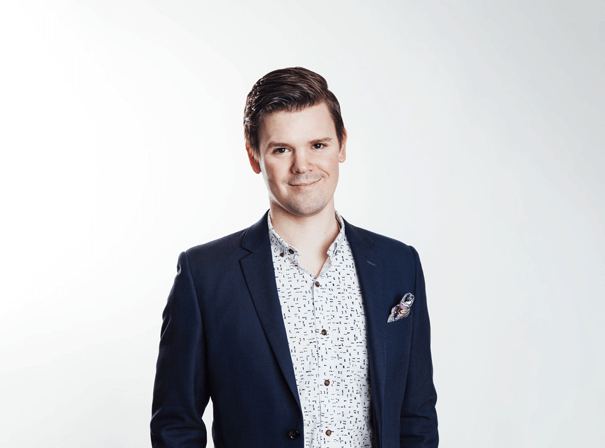