Based in Michigan, Joe Pera is an American comedian, actor and writer who is best known for creating and starring in Joe Pera Talks with You, a comedy television show that first premiered in 2018.
Pera first began performing comedy whilst he was studying film at Ithaca College. The college ran a stand-up competition which Pera participated in; winning it three times. His comedic ability was certainly hard to ignore and he moved to New York soon after to pursue his comedy dream. He performed at open mic nights as much as he could, his genres being observational comedy, character comedy and sketch comedy.
Pera has grown increasingly in popularity and is celebrated for his “grandfatherly”, unhurried and soft delivery, paired with his variety of congruous sweaters. Pera first created Joe Pera Talks You to Sleep, a project consisting of fifteen minute fictitious infomercials, airing on Adult Swim. Following the success of this project, he appeared on Late Night with Seth Meyers and created another special entitled Joe Pera Helps you Find the Perfect Christmas Tree. The success of these short programs led to Pera’s debut television series Joe Pera Talks with you in 2018, a well-received show which was renewed for a highly anticipated second series, due to premiere in late 2019. 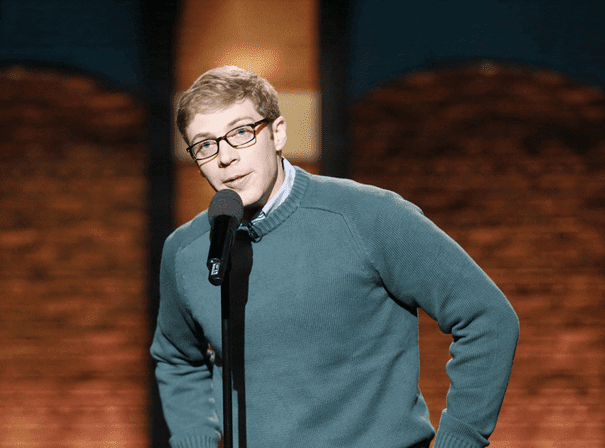