Actor and comedian Kenan Thompson is a cast member on Saturday Night Live, has received three Emmy Awards and is known for his roles in films and on TV.

Thompson started his acting career in the 1990’s as an original cast member on Nickelodeon’s All That, where he met Kel Mitchell. They then began to star in their own show, Kenan and Kel, which became hugely popular during its four years on air. Thompson was a key part of the Nickelodeon acting team, and was one of the most well known faces on the network. It was from this that he landed his first role in a film, the Mighty Ducks 2, followed by eight more films in the next 12 years including Heavyweights, Fat Albert, and Snakes on a Plane. He has also become a voice actor in the Fox cartoon series Sit Down, Shut Up and in the Nike adverts which were shown during the 2009 NBA Playoffs. Thompson has hosted programmes on TeenNick and appeared on The Tonight Show with Jimmy Fallon. He was a judge on NBC’s 2019 comedy competition series Bring the Funny and continues to star in Saturday Night Live, on which he is the longest serving and arguably most valuable cast member. He has plans to develop his own TV series, work as a producer, and take on more serious roles as an actor. 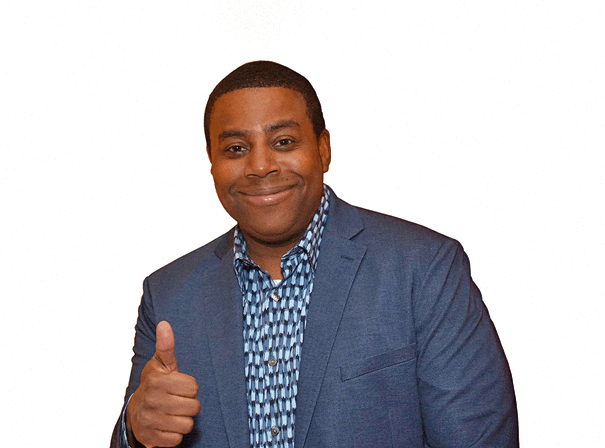