American actor, stand-up comedian and voice actor Kyle Kinane is best known for his appearances on Comedy Central, Netflix and on late night comedy shows. He has also starred in animated TV programmes, and has appeared on several podcasts.

Kinane’s first began to appear in TV shorts in the early 2000’s, before releasing his debut album in 2010, Death of the Party. The comedy album was critically acclaimed and he was named as one of Variety’s Top Ten Comedians to Watch in 2010. Listeners loved his self-deprecating humour and lighthearted look at serious topics. It was then that he started working closely with Comedy Central, becoming the network’s voiceover in 2011, and starring in his first half-hour special in the same year. Two DVD comedy specials quickly followed, as well as late night appearances on shows such as TripTank, Conan and The Tonight Show with Jimmy Fallon. Aside from TV, the comedian has also been a guest on several podcasts and internet series including Nerdist Podcast, Doug Loved Movies and Outside Comedy. The multi-talented broadcaster was cast in Judd Apatow’s Love 2016, and has featured in various other TV shows since, both as an actor and a voice actor. These include Those Who Can’t, Right Now Kapow and Paradise PD.

Kinane continues to work in both TV and media, running his own podcast with comedian and friend Dave Stone and touring across America. 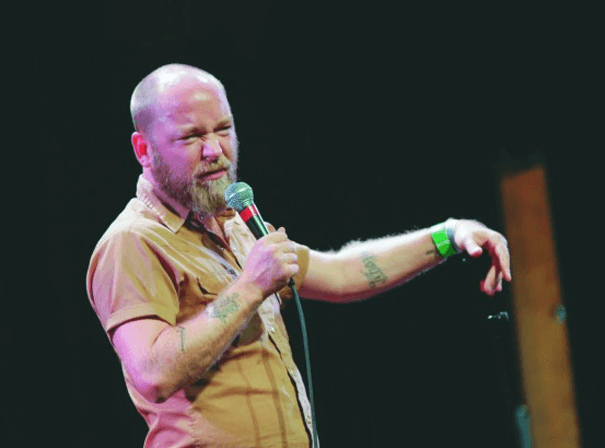