Daniel Lawrence Whitney, better known by his stage name Larry the Cable Guy, is an American stand-up comedian, actor, producer, singer and radio personality. Whitney is recognised as one of the members of Blue Collar Comedy Tour, a popular comedy troupe who toured extensively together with their stand-up shows. Whitney has released several comedy albums, three of which have been certified gold.

Whitney began his career on radio initially, appearing regularly on The Ron and Ron Show, The Bob and Tom show, The Chris Baker Show, The Todd and Tyler Show, The Johnny Dare Morning Show and the Kirk, Mark and Lopez morning show. Whitney’s profile rose to prominence upon creating his famous Cable Guy character, a character which he continues to perform and has become recognised for the phrase ‘Git-R-Done’. Whitney’s first two comedy albums, Lord, I Apologize and The Right to Bare Arms, are both gold albums, boasting shipments of over 500,000 copies.

Whitney has starred and featured in several films including Larry The Cable Guy: Health Inspector, Delta Farce and Witless Protection. Whitney has also lent his voice to the film Cars, voicing the character Mater. Whitney has appeared on several television shows, most notably Only in American with Larry the Cable Guy, a TV channel History series which first aired in 2011. 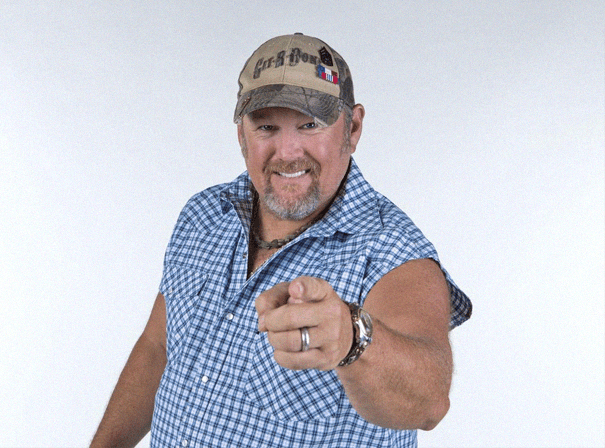