Lee Ridley, famous across the world as Lost Voice Guy, is one of Britain’s favourite comedians and the winner of the 2018 series of Britain’s Got Talent. A unique and hilarious stand-up performer, he is known for his comedy that explores his experience of being disabled, and for frequently challenging the perceptions and misconceptions surrounding disabled people.

After being diagnosed with cerebral palsy in infancy, Ridley was left unable to speak and with lasting impacts to his movement. After obtaining and learning to use a communication aid, he gained undergraduate and master’s degrees and later worked as a writer and journalist. Ridley began his comedy career in 2012, developing his routines using a voice synthesiser app, and performing at the Edinburgh Festival Fringe the following year. He went on to win BBC Radio’s New Comedy Awards, to write and perform several popular shows, and to co-write and star in the Radio 4 sitcom Ability with Katherine Jakeways.

Lost Voice Guy came to national prominence when he competed on the 12th season of variety talent show Britain’s Got Talent, auditioning for judges Simon Cowell, Amanda Holden, David Walliams and Alesha Dixon. His act was an immediate hit, and he went on to win the live final in front of an audience of over 10 million people. As a result of his win, he earned the chance to perform at The Royal Variety Performance 2018, and has since competed across the Atlantic on America’s Got Talent: The Champions. Elsewhere, Ridley has performed on television on shows including Comedy Central at the Comedy Store, BBC Two’s Live at the Apollo and Channel 4’s The Last Leg. He has served as a frequent reporter for The One Show, and has been a guest on programmes including This Morning and Lorraine. 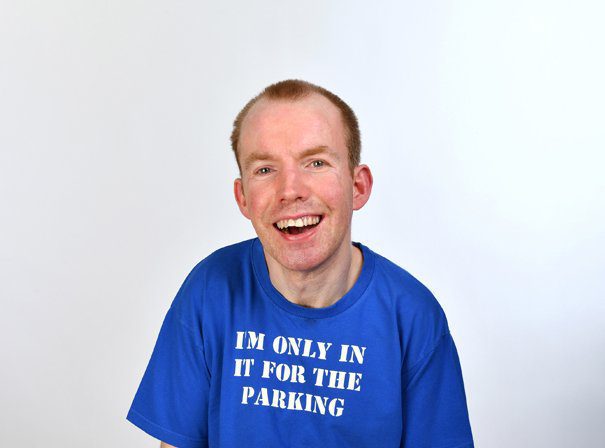