Naomi Ekperigin is a stand-up comedian, writer and actor; celebrated for her highly entertaining writing for the television shows Broad City and Great News.

Since graduating from college, Ekperigin toured with the National Theatre for the Deaf for a year. In 2007 she returned to New York City and began performing stand-up, alongside her day job working for an art magazine. In 2013 she left the magazine to become a writer’s assistant for Broad City, an American sitcom. Ekperigin’s captivating personality could not be ignored; soon she became the staff writer for series two, and remained for series three. The team continuously churned out hilarious material and Ekperigin, along with the Broad City writing staff, became nominees for the Writers Guild of America Award for Television: Comedy Series.

In 2016, Ekperigin created a Comedy Central special and in September of the same year, her late-night debut on Late Night with Seth Meyers aired. Other outstanding writing credits include Totally Biased with W. Kamau Bell, Difficult People and co-writing a pilot for Comedy Central.

Ekperigin’s smart and savvy persona has seen her as a regular guest on WNYC’s 2 Dope Queens, garnering a huge amount of praise from fans. More recently, she joined the writing team of NBC’s Great News, a sitcom starring John Michael Higgins and Briga Heelan. 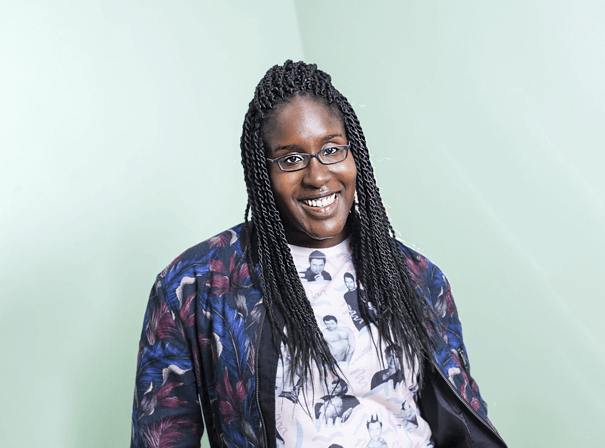