Rhys Darby is a New Zealand actor and comedian, who is widely recognised for his physically charged comedy routines, accompanied by mime and audio effects. Darby is noted for many shows including Flight of the Conchords, Yes Man, The Boat That Rocked, Jumanji: The Next Level and Jumanji: Welcome to the Jungle and What We Do In The Shadows, amongst many other acting credits.

In 2002, Darby performed at the Edinbugh Fringe Festival to positive reviews, and subsequently moved to the UK to further pursue his career, going on to frequently perform at the Fringe Festival. Darby has featured as a guest on a number of shows, notably Soccer AM, Never Mind The Buzzcocks and the Late Show with David Letterman. Darby enjoys great popularity in both the UK and New Zealand, his live performance, Imagine That! DVD has gained platinum status in New Zealand. A talented voice artist, Darby has given his voice to various acclaimed films including Trolls and Arthur Christmas.

Darby was nominated for the Billy T Award in 2001 and 2002 and he was also awarded the Fred (Dagg) award at the 2012 New Zealand International Comedy Festival. In Flight of the Conchords, Darby is celebrated as the role of Murray Hewitt, the band manager in the comedy television series. Darby is well known as playing the role of Jim Carrey’s characters boss in Yes Man. 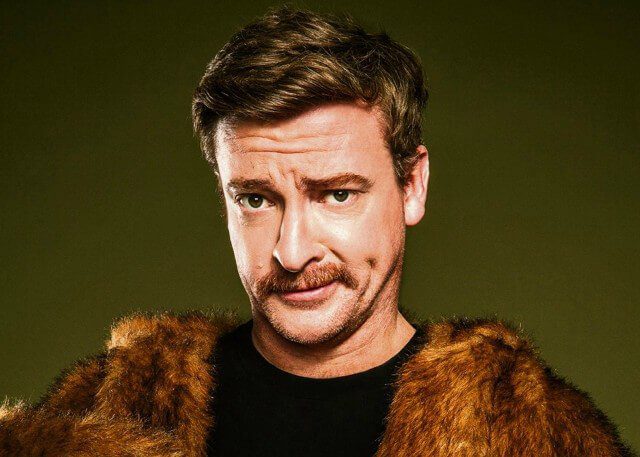