An American stand-up comedian and actor, Sebastian Maniscalco rose to prominence in 2005 when he began performing his stand-up frequently at The Comedy Store. Maniscalco has released five comedy specials throughout his career and has appeared in several films and television shows. Maniscalco is perhaps best known as starring in Green Book, an Academy Award -winning film, and for his best-selling book, Stay Hungry.

Maniscalco has featured on shows such as Russell Peters’ Best Night Ever, Comedy Central Presents, The Tonight Show with Jay Leno, The Late Late Show with Craig Ferguson, Conan and The Tonight Show Starring Jimmy Fallon, amongst others. Film credits include The Nut Job 2: Nutty by Nature, The House, Tag and Cruise. Maniscalco also co-hosts a popular podcast with fellow comedian Pete Correale called The Pete and Sebastian Show. Following on from the great success of his memoirs, Stay Hungry, Maniscalco released a Netflix special titled Stay Hungry in 2019 which was met with positive acclaim.

Maniscalco was named as one of Pollstar’s top 30 highest-grossing performers and has performed five sell out shows at Radio City Music Hall. His most recent comedy special achieved outstanding ratings and subsequently, NBC Nightly News hailed him as ‘comedy’s new superstar’. In the same week of Maniscalco’s Netflix special release, Stay Hungry, he performed four sold-out shows at Madison Square Garden, and incredibly broke the record for the highest grossing comedy performance in the US. Maniscalco continues to grow his influence and build his career as a comedian and actor; he has most recently performed alongside Robert DeNiro, Joe Pesci and Al Pacino in the highly anticipated Netflix film, The Irishman. 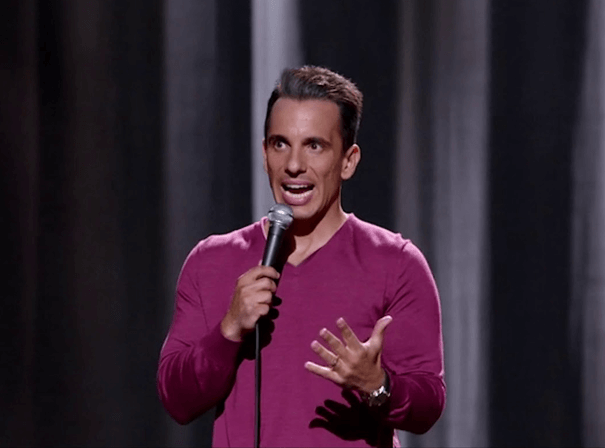