Hailing from Portland and now residing in LA, Simon Gibson is a celebrated comedian, actor and writer. Gibson was named as a New Face at the Just For Laughs Festival in 2018 in Montreal. Gibson is widely recognised as appearing on NBC’s Last Call with Carson Daly and Inside Jokes, a popular comedy Amazon series.

Gibson’s comedic style is physical and high energy, bring his vitality and comical recounts to the stage, drawing applauding audiences to clubs and festivals across the US with his stand-up shows. A talented actor, Gibson has appeared in films and television shows including Slice of Wife (2018) in which he portrays the Dead Possum Plumber. Gibson has burst onto the comedy scene in recent years and continues to establish himself as a key player on the comedy industry. 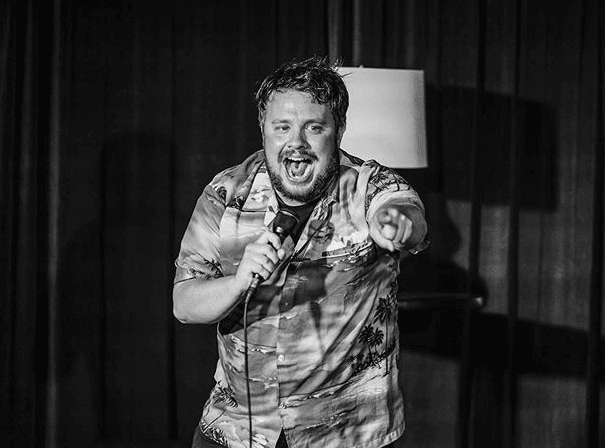