Small Town Murder is a hit podcast presented by comedy duo James Pietragallo and Jimmie Whisman. The podcast launched in 2017 to instant cult fame, and the true crime podcast became a live show shortly after.

Pietragallo and Whisman were already popular true crime podcasters, with their show Crime In Sports. Just a year after their debut show launched, they began to release episodes of Small Town Murder on iTunes. Now they spend their time researching and recording episodes for their loyal followers and fans, as well as performing stand up at local comedy clubs. The podcast proved so popular with listeners that they decided to take the show on tour, presenting a live version of the programme. Each episode they choose a small American town, deep-dive into what makes the place tick, and document a murder which took place there. Far from being morbid or depressing, the comedy pair manage to make the whole thing funny and compelling, and are now selling out theatres across the States. They are also popular at corporate events, having taken their unique brand of comedy to private audiences as well as public. Their unique style, subject matter and skill as a comedy duo mean they have been heralded as the future of true crime. Their trademark humour and meticulously researched stories mean they are fast becoming a podcast chart topper. 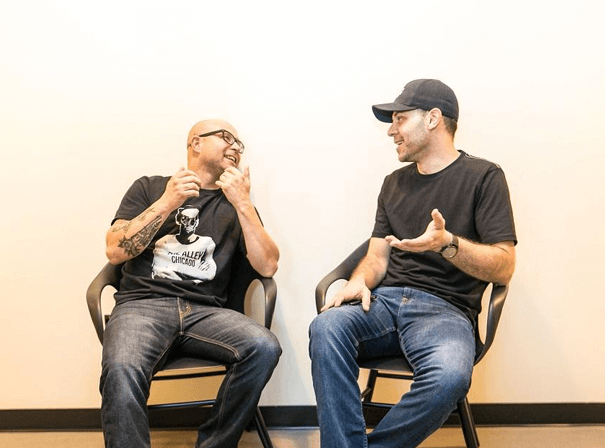