American stand-up comedian, writer and producer Steve Trevino has had comedy specials on Netflix, Amazon Prime and Showtime, and has written for TV programmes Mind of Mencia and La Esquina.

Trevino started comedy aged 19, performing at his local comedy club in Addison, Texas. He would also volunteer for the club, driving the headline performers to interviews and radio shows around town. The young comic got his first big break when he opened for established performer Carlos Mencia, later becoming a writer for Mencia’s show. He occasionally performed on the TV programme too, and went on to write for Universo, the NBC channel aimed at hispanic audiences. Trevino has also appeared on comedy shows such as The Late Late Show with Craig Ferguson, ComicView and Comics Unleashed, before going on to release his own comedy specials. The first, titled Grandpa Joe’s Son, was released on Showtime in 2012, with Relatable first streaming on Netflix in 2014. His most recent special, ‘Til Death, was released on Amazon Prime in 2019. As well as TV, Trevino has featured on podcasts such as WTF with Marc Maron.

Trevino tours extensively around America, recording his podcast The Process as he goes. On the show, he interviews other comedians and show bookers about the highs and lows of the entertainment industry. He is now widely regarded as a voice for Mexican Americans, with his relatable, honest humour and anecdotes about family life. 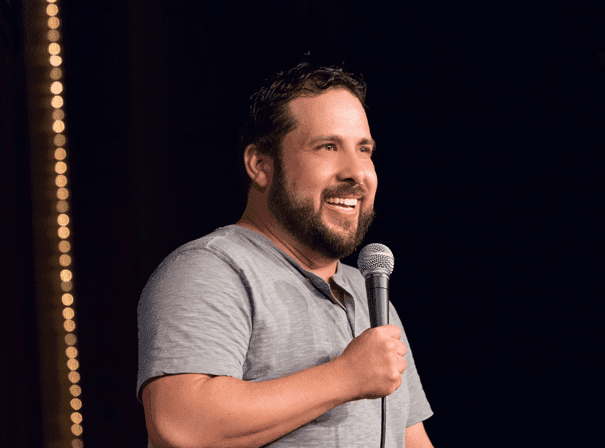