Comic and actress Yvonne Orji is one of the most exciting rising talents in comedy today. Though she is best known for playing the lead role of Molly in the acclaimed series Insecure, Orji has an international career as a stand-up performer, has developed her own comedy pilot, and has a growing list of credits on both film and television.

Orji began stand-up comedy while she was a graduate student and needed a talent to compete in the Miss Nigeria In America Pageant. Though she soon left pageantry behind, she would move to New York to pursue her dream of a comedy career. Today, she tours internationally, has opened for Chris Rock, and has played venues such as New York’s Carolines on Broadway and London’s Soho Theatre.

Orji’s television credits include roles in Love That Girl!, Jane the Virgin, and Flip the Script, but her big break came in 2016, when she was cast in the new HBO comedy-drama series Insecure, starring opposite Issa Rae. The series has met with critical acclaim, received several awards and nominations, and was recognised by both the American Film Institute and the AAFCA as one of the top ten shows of the year. For her work on the series, Orji has been nominated for two NAACP Image Awards. On the big screen, she had her feature film debut in 2018’s Night School alongside Kevin Hart and Tiffany Haddish, and later starred in the science fiction fantasy Spontaneous.

Orji has developed her own sitcom pilot, First Gen, which is based on her life experiences and is executive produced by David Oyelowo and Oprah Winfrey. The pilot was accompanied by a docu-series exploring the lives of other first generation immigrants. She has appeared as a guest on shows such as Do or Dare, Last Call with Carson Daly, and The Late Show with Stephen Colbert. 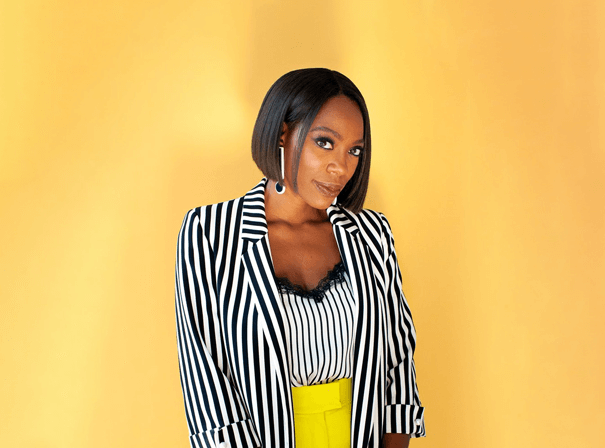