Nick Cave is a singer, songwriter, screenwriter, composer, and actor from Australia. Cave’s music is characterised by emotional strength, a wide range of influences, and lyrical obsessions with death, faith, love, and violence. Cave was born in Victoria before studying art in Melbourne and fronting The Birthday Party, one of Melbourne’s most influential post-punk bands, in the late 1970s. In 1983, Cave formed Nick Cave and the Bad Seeds, which went on to become one of rock’s “most redoubtable, enduring” bands.

Cave appeared in Ghosts… of the Civil Dead, an Australian prison film he co-wrote and scored in 1988, and released his first book, And the Ass Saw the Angel, the following year. Cave’s quieter, piano-driven ballads, such as the Kylie Minogue duet “Where the Wild Roses Grow” (1996) and “Into My Arms” (1997), helped him achieve mainstream success in the 1990s. In the 2000s, Cave shifted his focus to film, writing the Australian Western The Proposition (2005) and co-composing the soundtrack with frequent collaborator Warren Ellis. The Assassination of Jesse James by the Coward Robert Ford (2007), The Road (2009), and Lawless (2012) are among the films for which the duo has composed the score. 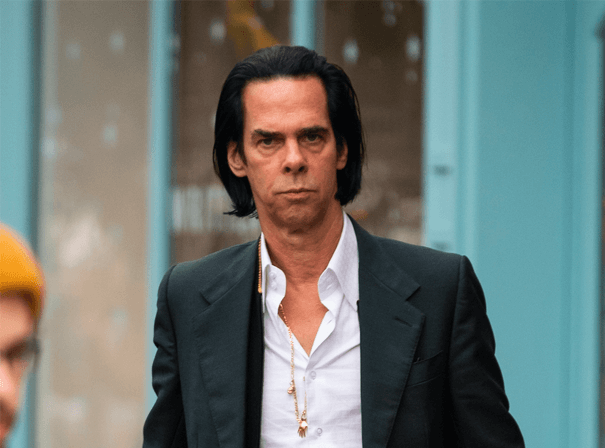