Groundbreaking drummer and artist Alex Lopez is best known for his part in the deathcore metal band Suicide Silence. Embracing traditional death metal while incorporating cinematic flair and punk lavishness, Lopez is the beating heart of the band’s pioneering sound. From epic storytelling in “Love Me To Death” and “Meltdown” to Metal Injection claiming that “Suicide Silence stays heavy as hell” on albums such as Become the Hunter – Lopez is part of a movement that is changing the face of music. What’s more, the Southern California native has been defining and defying subgenre classification since joining the band in 2006. Now one of the most revered drummers around, Lopez continually raises the bar.

Time-signature bending dissonance blended with structured, undeniable grooves set Lopez and his band apart. Since the arrival of Suicide Silence’s debut album, The Cleansing, Lopez and his bandmates have been at the forefront of the emerging deathcore subgenre. Over the years, Lopez has picked up a plethora of awards such as Best New Talent at the Revolver Golden Gods Awards and have broken into the Billboard Top 40 several times. Leading singles such as Wake Up and Lifted became underground anthems that have seen Lopez transcend the subgenre he helped to create.

Away from the limelight, Lopez is a remarkable artist. Embracing themes that fans have come to recognise from his music, Lopez’s artwork is an extension of his musicality. Lopez continually defies expectations and boundaries with his undeniable craftsmanship, from his eyecatching piece ‘Fiesta De Las Serpientes’ to the limited edition ‘Trinity’ drumhead. With a range of projects in the works, Lopez will be inspiring future generations for years to come. 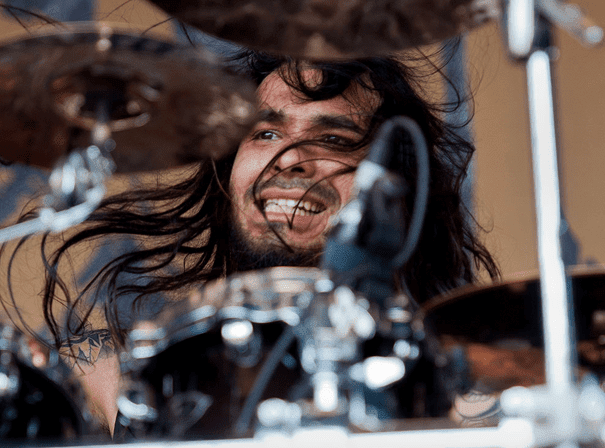