B. Sai Praneeth is a badminton player from India who won a landmark bronze medal at the BWF World Championships in 2019. Praneeth’s World Championship bronze medal was the first by an Indian male player for 36 years, and Praneeth’s achievement earned him the prestigious Arjun Award in 2019 along with an army of new fans. His success at the World Championship resulted in Praneeth breaking into the Top 10 ranked players in the world, and after a consistent 2019 his next goal is to secure his place at the Tokyo Olympics and aim for a medal.

Praneeth started playing badminton at a young age, and was one of the first shuttlers chosen to attend coach Pullela Gopichand’s badminton academy located in Hyderabad. He first rose to international prominence after impressing at the BWF Junior World Championships in 2010, clinching the bronze medal after losing to Denmark’s Viktor Axelsen. Three years later, Praneeth began to beat some of the biggest names in the sport, defeating former Olympic champion Taufik Hidayat and Malaysia’s Muhammad Hafiz Hashim, the former All England Champion.

In 2016 he defeated Lee Hyun-il of South Korea to win the Canada Open Grand Prix, and a year later beat Srikanth Kidambi to win the Singapore Open Super Series. He completed a hat trick of titles when he beat Indonesia’s Jonatan Christie to win the Thailand Open title in 2017.
His campaign at the 2019 BWF World Championships saw him beat Indonesia’s Anthony Sinisuka Ginting in the third round and Indonesia’s Jonatan Christie in the quarterfinals, and he took home the bronze medal after losing out to the world’s top player, Kento Momota in the semi-final. With the Tokyo Olympics drawing closer, Praneeth has found his best form at the right time. 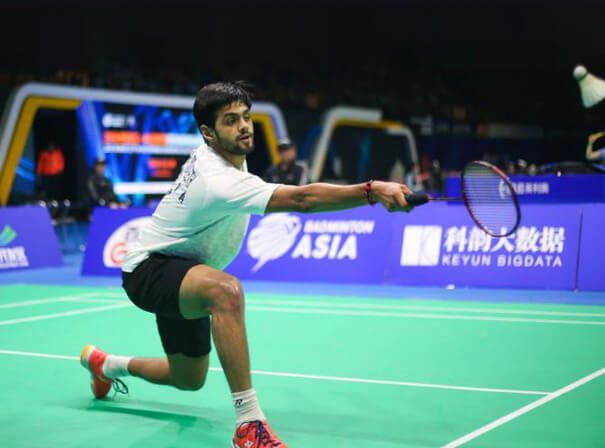