Benjamin Thornock is a short-track speedskater who joined the national team after a two-year hiatus. After competing at the junior level for four seasons, Thornock traveled to Japan to perform mission work before returning to the prestigious Utah Olympic Oval and moving up in the ranks, proving his resilience and natural talent.

Growing up a couple miles away from the Oval, Thornock was fascinated with the sport early on and picked up his skates at eleven years old. Fast-forward five years, and he’s competing at the 2014 Olympic Trials. He became a regular face at the Short-Track Junior World Championships, as well as the Western Elite Circuit, getting better with each year. By 2017, he reached a skill level where he was able to hold the title of seventh overall during the Western Elite Circuit 3 (Winterfest), and earned an individual spot to compete in the Junior Worlds, where he was decorated in bronze for his relay performance. With scores like this, he had a shot for the 2018 Olympic Winter Games. But Thornock decided to put off his Olympic dreams for a while and go on his mission trip to Japan, where his mother grew up.

Ever since Thornock returned to America, he’s had his eyes on the 2022 Winter Olympics. At first, his current coach, Wilma Boomstra, gave him a spot as a training partner for the national team, calling him a “naturally gifted athlete.” And once there was an opening, Thornock was the first one Boomstra asked to join.

Other career highlights including training with the Facilitated Athlete Sport Training Team (FAST Team), and podiuming at events such as the America Cup, Junior US Championships, National Age Class Championships, and the First Senior National Team Selection competition. 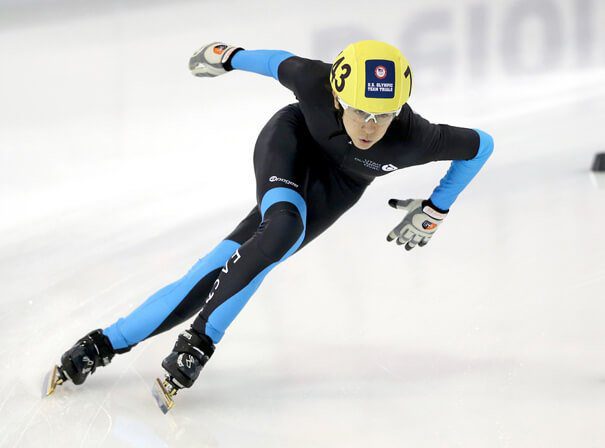