Bill Richardson is a politician, diplomat and author, a former Governor of New Mexico, and a former Ambassador to the United Nations. During an extraordinary life of public service, he has also served as a United States Representative, as chairman of the Democratic National Convention, and as US Energy Secretary. He is a highly regarded authority on subjects including US foreign policy, energy policy, leadership and diplomacy.

Richardson was elected the US Representative from New Mexico’s third district in 1983, then the country’s most diverse district. He spent 14 years in the House, and ascended to the position of deputy majority whip. He later served for a year as US Ambassador to the United Nations, before being nominated by President Clinton to the cabinet-level position of Secretary of Energy. During his tenure, he was the first holder of the officer to implement a plan for nuclear waste disposal and set about improving the department’s record with Native Americans, including overseeing the largest return of federal lands in more than a century.

After the 2000 election, Richardson served as an adjunct professor at Harvard’s Kennedy School of Government, and was later named a senior fellow at Rice University’s Baker Institute. He worked for consulting firm Kissinger McLarty Associates, and served on the boards of several energy companies. In 2002, he was elected Governor of New Mexico, serving for two terms.

Richardson has served on the boards of the National Institute for Civil Discourse, Refugees International, Grow Energy, and the Fuel Freedom Foundation. He has been awarded a United States Institute of Peace Senior Fellowship, and has received multiple nominations for the Nobel Peace Prize. His books include Leading by Example: How We Can Inspire an Energy and Security Revolution, and the autobiography Between Worlds: The Making of an American Life. 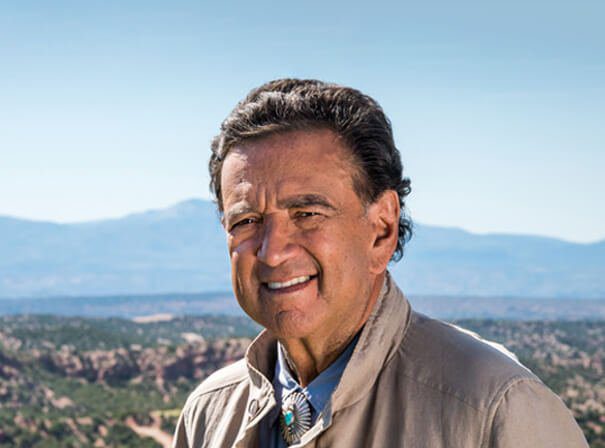