Fan-favourite Brooke Olzendam is a captivating courtside reporter for the phenomenal Portland Trail Blazers. A powerhouse broadcaster, Olzendam is fast becoming one of NBC Sports Northwest most influential team members. She also regularly appears on the Pac-12 Network offering further insight into the sporting world at large. Born and raised in a basketball-loving household, the Spokane, Washington native nurtured a passion for the game from a child. A graduate of Washington State University, Olzendam soon landing courtside in her dream job. Now one of the most recognised sports personalities around, Olzendam’s career is on a meteoric trajectory.

Olzendam knows how to find her way around the NBA courts. Celebrated for her insightful and energetic hosting skills, Olzendam has become the face for quality sideline reporting for the Portland Trail Blazers. Having worked with the CBS College Sports Network as a primetime football sideline reporter as well, Olzendam is building a dynamic and versatile career. While reporting for Comcast SportsNet Northwest, Olzendam covered everything from horse racing to professional baseball. Fast becoming a master of her craft, Olzendam will be entertaining sports fans for years to come.

Away from the bright lights of the stadium, Olzendam is a leading voice for the American Heart Association. After the sudden loss of her late husband Andy Collins, Olzendam continually fights to raise awareness. As Olzendam’s star rises to new heights, her impact on the industry will be seen for generations to come. 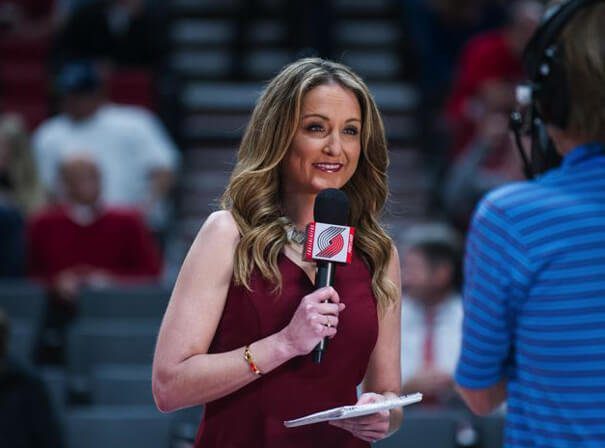