Calynn Irwin is a Canadian snowboarder who has competed at the Olympics in Half-Pipe. She was born in 1989 in Toronto and has a popular following on Social Media with 3.2k followers on Instagram. She comes from a family of ski racers learning at Georgian Peaks in Collingwood. As a child she noticed the snowboarders and developed an interest watching them. At the age of 8 she found a snowboard in the rental shop and started to teach herself. She has wanted to compete at the Olympics since snowboarding became an Olympic sport in 1998.

She went to Queen’s University studying Classical and Ancient studies.
At the age of 16 she started her career at the top competing in her first World Cup in 2005 in Whistler. At the 2005 FIS Junior World Championships she was 5th. In 2006 she suffered from concussion and had to take 2 years out of the sport, before showing her grit and determination by returning to the sport. Some of her most significant achievements are in the FIS World Championships, in 2013 she was 25th, in 2015 she was 17th and in 2017 she was 22nd. In the Olympic Winter Games Pyeong Chang 2018 she was 23rd.

Irwin has decided to retire and follow a career using her creativity and love of building things. Her Instagram account says “I build cool things sometimes”. She has studied home renovation and project management at George Brown in Toronto and would also like to work with children and encourage girls to stay active; she feels having female coaches is important and hopes to inspire young girls to participate in sport. 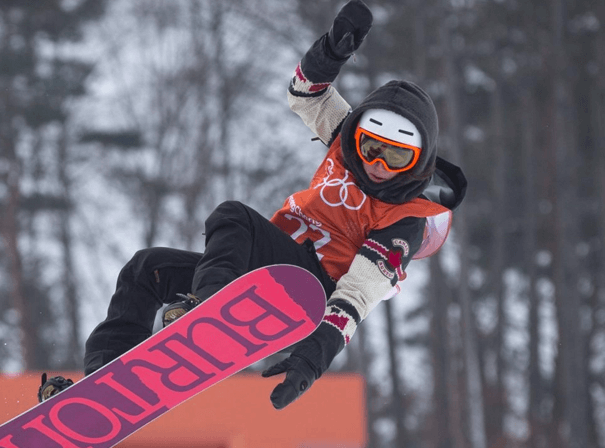