Cheng I-Ching is a competitive Taiwanese table tennis player. A member of the Chinese Taipei Association, she is one of their highest ranked female players; she achieved a peak world ranking of number five in February 2017. She began playing table tennis thanks to her older sister’s coach, who suggested she start playing after noticing how quickly she picked up the balls when helping during her older sister’s training. Her playing style is the right-handed shakehand grip, an attack style that has helped her win many rounds and tournaments.

I-Ching made her international debut in 2008 at the Pro Tour VW China Open in Changchun. A formidable presence on the World Tour, she’s made the quarter finals or better in thirteen events. She’s won first place at events like the 2008 Pro Tour Panasonic China Open in Shanghai, the 2009 Pro Tour China Open in Tianjin, the 2011 Pro Tour Harmony China Open in Suzhou and the 2012 World Tour at the Kuwait Open in Kuwait City. A competitor at the 2016 Summer Olympics in Rio de Janeiro, I-Ching made it to the quarterfinals in the women’s singles, ranking number two after being eliminated by Li Xiaoxia; overall, she ranked five in the women’s singles and nine in the women’s teams events. Most recently, she was a runner-up at the 2020 ITTF World Tour Hungarian Open in Budapest. A player with intense focus and skill, we are sure to see I-Ching compete in more competitions to come and bring home the prize. 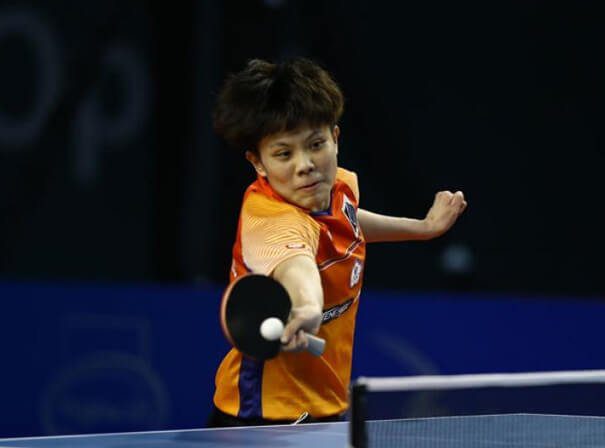