Cliff Simon has had a career most people can only dream of; born in sunny South Africa, Simon went on to qualify for the 1984 Olympics in Los Angeles for his talent in swimming, gaining a scholarship to the prestigious Houston University wherein Simon would have trained with the best United States swim team, The Mustangs – however, Simon decided instead to pursue a career in the Army, achieving the highest athletic award given in the Air Force: the Victor Ludorum. After serving his two year term, Simon turned his hand to gymnastics, which he had loved from an early age, and this culminated in being a principal performer for the world famous Moulin Rouge Theater. Simon has written a best-selling book about this experience, as his exceptional talent extends into writing as well.

Simon went on from this unparalleled success to pursue his stage career, receiving major recognition for his modelling – winning the Mr South Africa talent and action man competition. From there, Simon starred in Egoli – Place of Gold, which saw the actor and athlete become a huge household name in his home country of South Africa. After emigrating to America, Simon took up a role on Nash Bridges before he gained the role which would bring him most notoriety: Ba’al, in the Stargate SG1 movie and television show, with Simon’s acting charisma making him a fan favourite villain. Simon’s most recent project is on ‘Into the Unknown’, a show which he has produced and hosted and which combines the paranormal with the more traditional, investigate travel show. 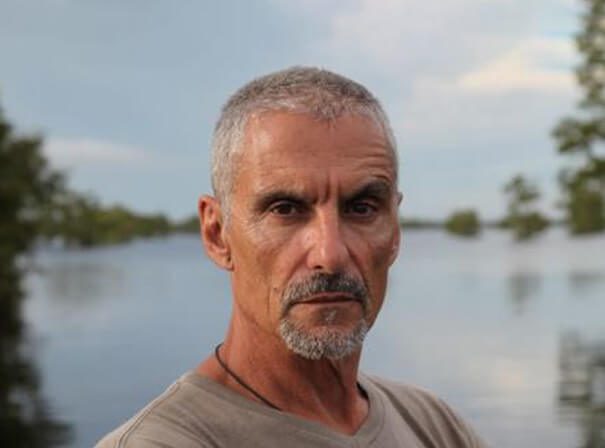