Dion Dawkins – also known as the “SchnowMan” – is an Football offensive tackle who has become the soul of NFL side Buffalo Bills. A free spirit that adds a lightning bolt of energy to his team, the 6-foot-5, 320-pound Dawkins is a team captain who is always dancing and infecting his team mates with his larger than life energy. The New Jersey native has fit in perfectly into the Buffalo community and has built a persona around his unique personality, continuingly raising his game since bring drafted in the 2017 draft. Proving just how far he has come, Dawkins was chosen to represent the Buffalo Bills on the 2022 AFC Pro Bowl roster.

Born and raised in Rathway, New Jersey, Dawkins signed to play college football at Temple where he started 41 of 44 career games and was named a First Team All-American Athletic Conference selection following his senior year. Sports Illustrated ranked Dawkins as the second best guard in the 2017 NFL Draft and he was the second offensive guard drafted that year. After signing with the Buffalo Bills to a $4.18 million, four-year contract, he played in all 16 games in 2017 and was named the starting left tackle at the start of the regular season in 2018.

Since then Dawkins has continued to make an impact both on and off the football field. A vibrant, rebellious and gregarious favourite player amongst fans, he nearly went off the tracks when he was a youngster and has founded Dion’s Dreamers, his own official foundation that aims to provide support and mentorships to young people in underserved communities. 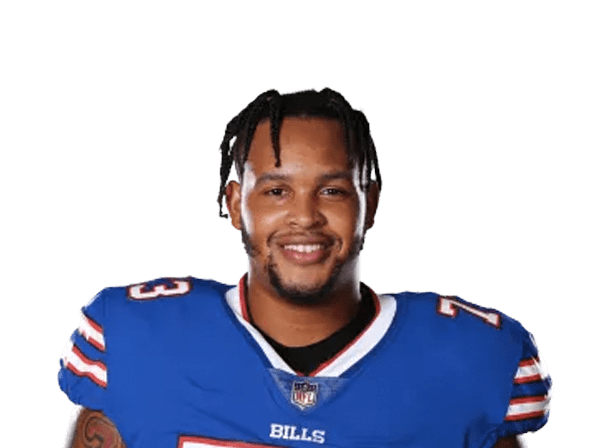