The legendary Eric Byrnes is a former professional baseball outfielder and baseball analyst who played in Major League Baseball. A multiple time recipient of the Bruin Academic Award, the All American outfielder played for Colorado Rockies, Oakland Athletics, Arizona Diamondbacks, Seattle Mariners and the Baltimore Orioles. After retiring from the game in 2010 he became one of the most popular sport broadcasters in the US thanks to his straightforward, unique approach.

Byrnes was drafted by the Houston Astros after a trip to the College World Series in 1997, but initially put his professional baseball career on hold in favour of his education. Following his senior year he was drafted for the 3rd time and signed with the Oakland Athletics. He made his Major League debut with the side against the Cleveland Indians in August 2000, and was later part of the Oakland A’s “Moneyball” team that went on to rack up 20 consecutive wins – a modern day record – in 2002.
In 2003 he became to the first player in the history of AT&T Park to hit for the cycle whilst playing for his favourite childhood team, the San Francisco Giants. He also played in the prestigious Dominican Winter League for the Licey Tigres where he became the first American player in more than twenty years to win the Most Valuable Player award.

After a remarkable playing career, the iconic outfielder walked away from baseball and began his broadcasting career, and has since worked as an analyst with MLB Network and for FOX, ESPN, KNBR and SiriusXM. Brynes has also been a progressive thinker on how to improve baseball, and was involved with creating the innovative Pitch F/X system. He is also an avid supporter of several charities including the Challenged Athletes Foundation, Pat Tillman Foundation and Fit Kids. 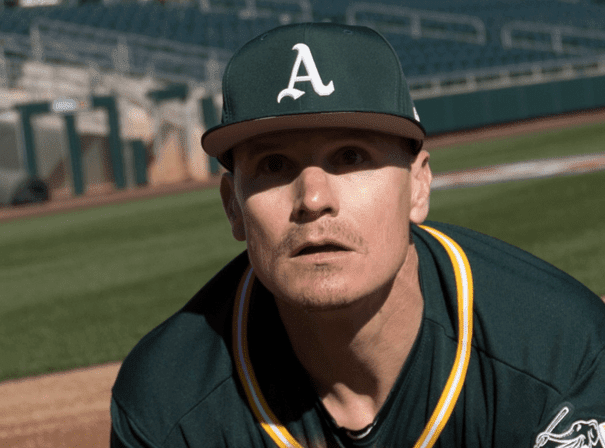