After claiming All-American status at Notre Dame in college, current New York Giants wide receiver Golden Tate has had a long and glorious football career. The first team to claim him at the 2010 NFL draft was the Seattle Seahawks. He played with them for several seasons and came out with some great statistics for punt returns and touchdowns. The 2013 season ended with an incredible Super Bowl win over the Denver Broncos.

This success spurred him to a bigger contract with the Detroit Lions where he continued to showcase his skills with impressive end-game saves and touchdowns. In 2018, he moved to the Philadelphia Eagles in a trade deal during the 2019 draft. His late game manoeuvres made for an exciting 4th-down touchdown that pushed the Eagles into the division finals. In 2019, Tate made a move to the New York Giants.

Despite taking his game seriously, Golden Tate has a fun-loving side: he has showed off pictures of himself sporting a Giants jersey as a kid, to prove he was with the right team at last. Some of his his interests lie off the football field: he and his wife founded the Golden Future Foundation in 2014, an initiative dedicated to helping military veterans create a brighter future for themselves and their families. His dedicated play style on the field is matched by a strong desire to help not only veterans, but also pets looking for homes through the Michigan Humane Society. 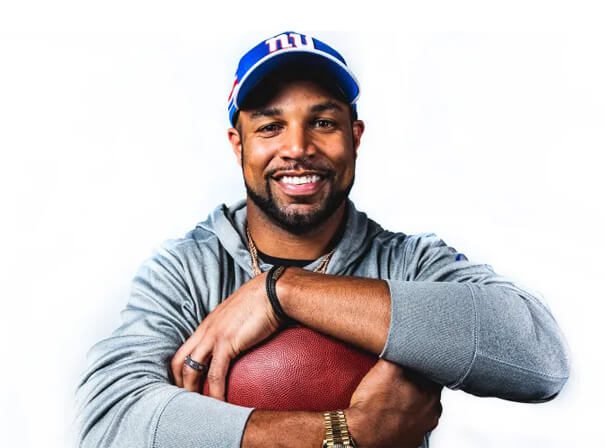