Baseball extraordinaire Heath Bell has created quite the legacy in his name. The relief pitcher was born and raised in California, lettering in football, basketball and baseball during his time at Tustin High School before attending Santa Ana College. In 1997 the youngster was named an All-American, and played in the National Baseball Congress world series with the El Dorado Broncos. So impressed by his performance the Tampa Bay Devil Rays picked him up in that year’s amateur draft, however Heath refused the offer.

The following year the 3 time All-Star was signed by the New York Mets as a free agent, eventually making his major league debut with the team in 2004. In 2006 Heath was traded to the San Diego Padres, becoming their setup man, and in 2009 promoted to the teams closer. That year was a big one for Heath, as it also marked his first time in the National League All-Star team, as well as being awarded the Delivery Man of the Year Award. On top of this he ended the season leading the National League in saves with a massive 42, earning him the Rolaids Relief Man Award. 2010 saw Heath appear in his second All-Star team and once again be awarded both the Rolaids Relief Man Award and Delivery Man of the Year Award, as well as The Sporting News Reliever of the Year Award.

In 2011 Heath was the highest paid Padres player and played in his third consecutive All-Star Game. From 2010 to 2011 the baseball legend successfully converted 41 straight save opportunities, tying the team record. After an incredible 4 years with the Padres Heath said goodbye to San Diego and signed with the Miami Marlins as a free agent in 2012. Following a number of years bouncing from one team to the next, Heath retired from the game in 2014. 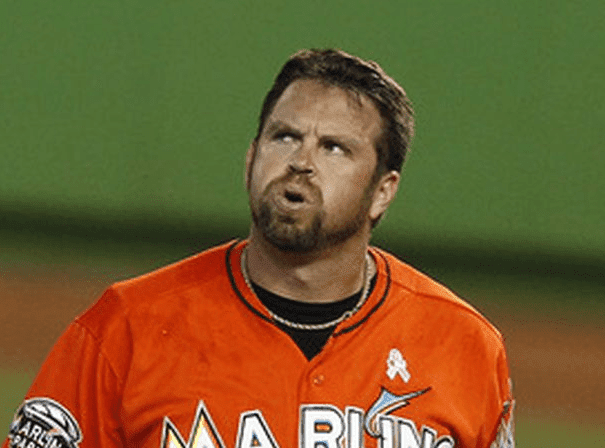