The Jikaria Sisters are a TikTok sensation as the foremost Bollywood fusion dance trio. Has your newsfeed been flooded with videos of young people performing dances to the world-famous garba song Kamariya? The Jikaria Sisters, an Indian-American sister group, released a viral dance video that inspired this fad and choreography. The Jikaria Sisters, Omika, Rishika, and Aashika Jikaria, are choreographing dances more than ever before, with over 620 thousand followers. Their love of dancing has inspired their TikTok and brand, which has over 10 million likes!

Each of them began classical Russian ballet training when they were three years old in Brooklyn. They began training in other dance disciplines such as Bharatnatyam, Ballroom, Jazz, and Contemporary not long after. They grew up in Brooklyn, New York, where they were born and raised. Because their parents immigrated to the United States from India in the 1980s, the sisters are all first-generation Indian-Americans. The fact that they are New Yorkers is an important component of their identity.

The Jikaria Sisters also have a successful YouTube channel where they enjoy fusing their various identities with their dance and lifestyle pursuits. They like what they do, whether it’s creating a Bollywood-Hip Hop fusion piece, returning to their roots with Garba and Bhangra, or defining what it means to be a member of the South Asian diaspora. These dancing queens have been featured on numerous television shows including Good Morning America. Keep up with the Jikaria Sisters via their shared Instagram where they boast over 60 thousand fans and followers. 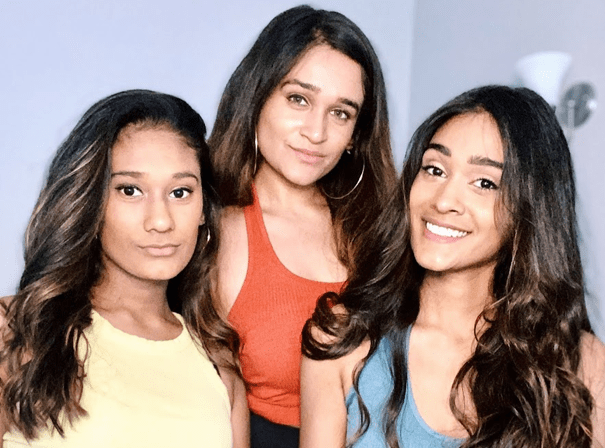