Jim Kelly is a popular former NFL player and inspirational speaker. He’s best known for his eleven seasons with the Buffalo Bills and for his record-breaking career. A veteran of the sport, he is still influencing Football to this day, but he now uses his spare time on charity work.

Kelly began his career out in college football and then was signed on to the Houston Gamblers. He played there for two seasons, earning eighty-three touchdowns, but his heart was set on playing for the Buffalo Bills. The second they reached out to him, he took the opportunity to join their team.

He excelled with the Bills, leading the team to four consecutive Super Bowls, though they lost every time. Still, it was clear that Kelly had found his home with the Bills. He played for eleven seasons and when he eventually retired from the sport, his shirt number was retired too. He was added to the Pro Football Hall of Fame in 2002 and forever memorialised there.

Kelly still holds a number of records, including second place for the number of yards gained to completion in a single match. He is a legend in his sport and has an impressive social media following, including a hundred and fifty thousand Instagram followers. He’s suffered several life-changing events, including the death of his son when he was very young and battling cancer, but Kelly still dedicates his time to charity work for his foundation combatting the disease that killed his son. 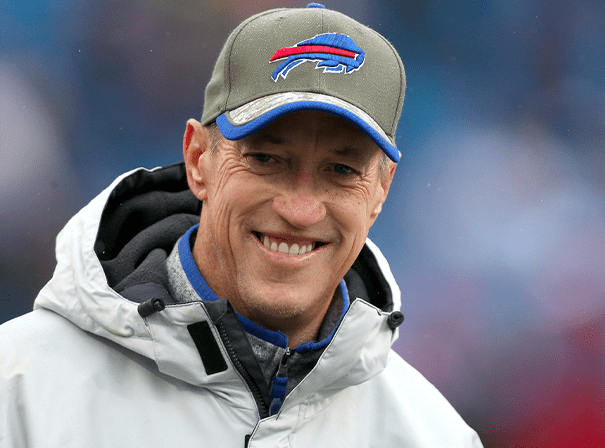