Kieth Antoine is a widely known performance coach, who has trained both Olympic and Paralympic junior and senior runners, notably Richard Whitehead, Stef Reid and the men’s amputee 4 x 100m relay team. Antoine’s athletes have gained much success, winning Olympic medals in London. Antoine brings a wealth of sporting knowledge and a strong background in management training to his specialism, improving performance by using coaching techniques and performance data.

Antoine started his career in computer and telecommunications, building up a decade of experience working in the industry. In the 90’s, Antoine made the transition to people development and began working with The Learning Partnership. Antoine showed an impressive amount of talent as a Track and Field athletics coach and his career progressed with great pace; he coached for the Midlands and became the Great British coach for various events in the 90’s. He coached teams as well as individuals, some of which becoming Olympic and World Champion medallists. Antoine spend 6 years as the National Disability Sprints Coach through the Sydney and Athens Paralympics (2000-2006) and was also brought back onto the team to help with the preparation of London 2012.

Antoine has coach several celebrated athletes, notable names including Denise Lewis, Jamie Baulch and Iwan Thomas. Antoine also coached Richard Whitehead to achieving his gold and silver medals at the Rio Olympics. As well as a successful sports and athletics coach, Antoine has worked with high-profile organisations in the IT industry during challenging times, seeing involvement in project management and training. Antoine is remarkably motivated, bringing high-energy and a proven track record to everything he does. 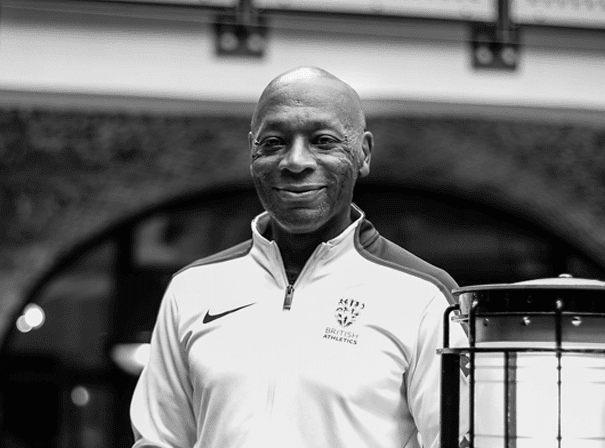