Winner of the ITTF World Tour Grand Finals for three years in a row, Meng Chen is one of the world’d best female table tennis players.

Chen’s career started early, with a win at the 2011 World Junior Table Tennis Championships when she was just 17 years old. She soon went on to compete in World Tour competitions, coming first in the International Table Tennis Federation World Tour in China in 2012 and 2013, as well as securing wins at World Tour matches in Qatar and Sweden during her early career. This paved the way for a strong of wins at more major events, such as taking the silver medal at the 2019 World Championships and taking consecutive titles at the ITTF World Tour Grand Finals in 2017, 2018, and 2019. This placed Chen firmly in the World No. 1 spot, a place that has so far gone unchallenged by any other player. She reached the semi finals of the 2019 Asian Table Tennis Championships, once again demonstrating the focus and mental resilience she has become known for. Chen had a chance to show her ability and skill again at the Qatar World Tour in 2020, taking home the top prize at the fiercely competitive contest.

This World No. 1 player continues to be the top seed at competitions around the globe, and with her skill and experience level growing with every contest, Chen looks set to secure even more wins in the coming months. 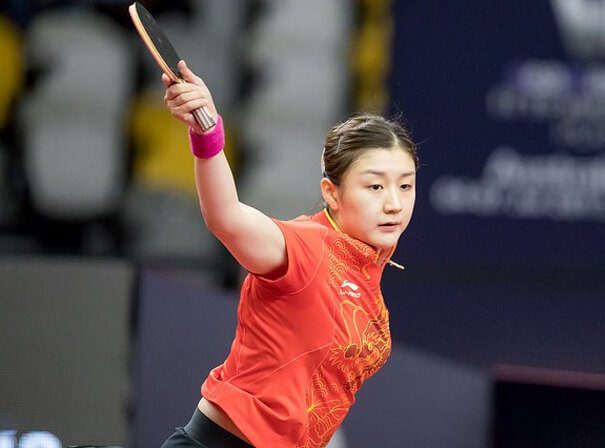