We have a long list of internationally recognised sports stars on the books at MN2S, and England rugby player Nick Easter is one such talent. Nick has spent a lifetime playing the sport and therefore has a world of experience and long list of anecdotes on which to call when delivering after dinner speeches to corporate audiences, when motivating young payers or when endorsing sport related products.
Nick was born in Surrey in 1978 and his father was a professional squash player, becoming Britain’s Number 1 and Number 9 in the world, whilst his grandfather played for the Springboks. Nick himself played for Rosslyn Park and Orell before finally moving to Harlequins to play rugby where he is now. The 6′ 4″ forward plays at number 8 and has played 166 times for the Quins, scoring 210 points in total.
His England debut came in the Six Nations in 2007 and ended up in victory, against Italy in the final. He also started 6 matches in the 2007 Rugby World Cup and proved to be a key and influential figure with great leadership skills. As such he captained his country in some internationals against Samoa in late 2012. Should you be looking for someone with world class rugby playing ability who has toured the globe with his team and spent years in the heart of the England setup to come and talk to your audience, appear on your TV programme or open you event, Nick Easter is a great candidate. 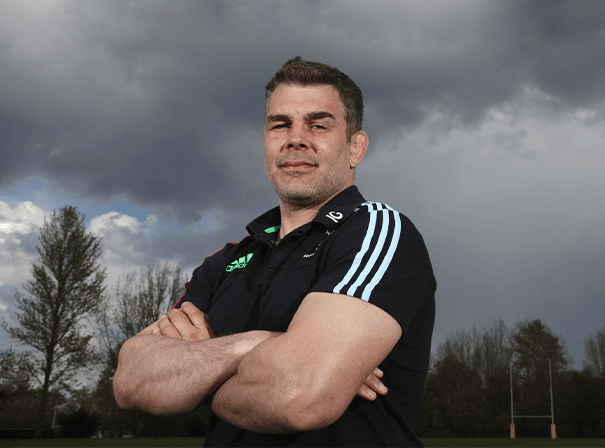