An internationally known soloist, recitalist, and chamber musician, Renaud Capucon is a famous classical violinist from France. He has worked with the world’s most prestigious orchestras, artists, venues, and festivals and notably collaborated with Nicolas Bacri, Pascal Dusapin, Bruno Mantovani, and Wolfgang Rihm.

Born in Chambery in 1976, Capucon began his studies at Conservatoire National Superieur de Musique de Paris at just 14 years old. He was quickly recognized with several awards and established himself as an elite soloist at the highest professional level. Capucon has since performed with the world’s leading orchestras including the London Symphony Orchestra, Chamber Orchestra of Europe, and New York Philharmonic. He founded and directed multiple festivals including Sommets Musicaux de Gstaad and the Easter Festival in Aix-en-Provence. Capucon has worked with many of the world’s finest musicians such as Angelich, Grimaud, Pires, and Trifonov, as well as his brother, cellist Gautier Capucon.

In 2017, Capucon founded a new ensemble, the Lausanne Soloists. He memorably toured Europe with the Syndey Symphony Orchestra throughout the 2018-19 concert season. Appointed Chevalier de la Legion d’honneur by the French Government in March 2016, he is recognized as one of his country’s finest musicians. Renaud Capucon is a legendary violinist and an icon of today’s classical music scene. 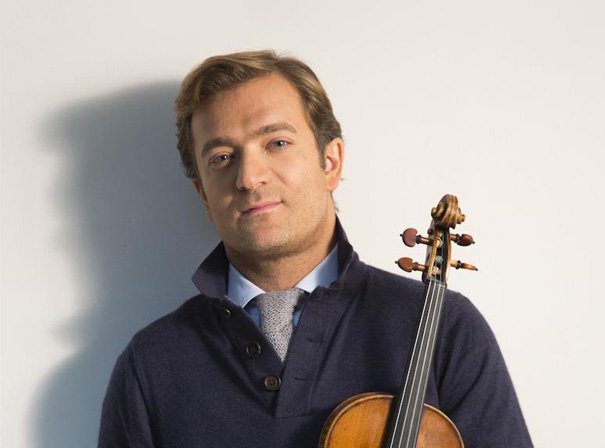