Rommel Pacheco is a Mexican diver. He began his swimming career when he was only three years old, and his diving career when he was seven years old. Pacheco is a multiple medallist in national and international championships in the categories for children, youth, and first-force. He is a three-time Pan American champion and the first Mexican national to perform a perfect dive in an international competition in the Pan American Games in Guadalajara in 2011. Pacheco won the World Title in 2016 and finished second with a silver medal in the 2017 World Championships. He was crowned world champion in 2016 and got a gold medal in the 3-meter individual springboard event. He has reached the Olympic Finals five times.

Alongside his career as a diver, Pacheco has been a sports commentator for diving in the Olympic Games. He is a national and international motivational speaker and constantly participates in various activities of social impact, a dedicated and altruistic member of his community. He also serves as a member of the Presidential General Staff and has the rank of Lieutenant.

While he was considering retirement, Pacheco is set to compete in the 2020, now 2021 Tokyo Olympics, due to a setback of global sports with the COVID-19 pandemic. He has said, “I want to be on the Olympic podium and see the flag of Mexico!” Pacheco is known for his acts of patriotism and as an advocate wanting to set an example to the youths of Mexico to help train a new generation of Mexican athletes. 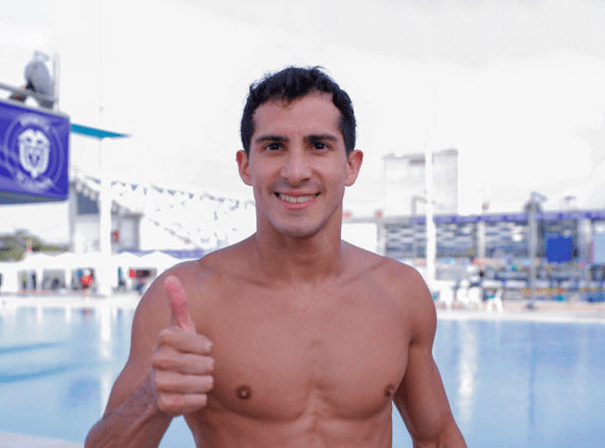