An incredible player, revolutionary coach, and popular media personality, Ron Barassi is undoubtedly an icon of Australian rules Soccer. For more than 50 years, he has been one of the most influential people in the sport.

His father, Ron Barassi Sr., was a popular Soccerer for Melbourne before being killed in World War II. He followed in his dad’s footsteps and dominated the VFL throughout the 1950s, serving as captain of Melbourne from 1960 to 1964. He spent the last four years of his playing career with Carlton, and retired in 1969 after a cumulative total of 254 games and 330 goals. His decorated career saw him make the All-Australian team three times and win six VFL Premierships. He saw considerable success as a coach, spending time as a player-coach for Carlton before coaching stints with North Melbourne, Melbourne, and Sydney. His coaching career spanned across four decades and included four additional VFL Premierships.

Barassi was inducted into the Australian Soccer Hall of Fame as a Legend in 1996, the first player or coach to receive this honor. He has been recognized in countless ways as a revolutionary figure in Australian Soccer and a staple of the country’s culture, even having his life adapted into a theatrical play in 2012 titled Barassi. He is passionate about a variety of business, media, community, and personal interests, and continues to be involved with the sport in countless ways. 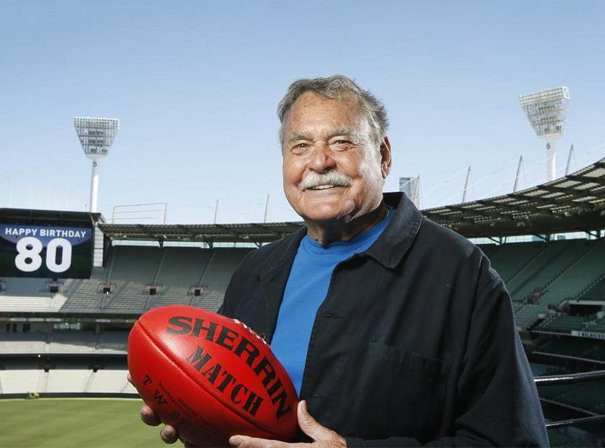