Few athletes have left such a lasting impact on the basketball community. Not only is Sean Elliott one of the game’s most decorated players, but he has continued to raise the sport’s profile since retiring his #32 for both the University of Arizona and the San Antonio Spurs. Born and raised in Tucson, Arizona, Elliott attended the Gifted and Talented Education program at Tolson Elementary School. While there, he discovered his passion for basketball and launched a sensational high school career at Cholla High before taking his A-game to the University of Arizona. Elliott quickly earned a reputation during his exceptional senior season. He scooped up numerous awards along with the Wildcats, including the John R. Wooden Award. To this day, Elliott is still the University’s all-time leading scorer.

During his college days, Elliott played for the US national team at the 1986 FIBA World Championship and helped lead his team to victory. He was named two-time All-American, held the Adolph Rupp Trophy high and was the NABC Player of the Year, all before turning pro. Fresh from his Wildcats days, Elliott was the third pick at the 1989 NBA draft by Spurs. Throughout his meteoric career with the team, he was named the 1990 NBA All-Rookie Second Team, a two-time NBA All-Star and was triumphant at the NBA Championship in 1999.

After a phenomenal championship run with the Spurs, Elliott was diagnosed with a life-threatening kidney disease, which required a transplant as soon as a matching donor was sourced. Not long after, he made history as the first NBA player to return to the game after a kidney transplant. During his final season with the team, the Spurs held the best record in the league. From there, Elliott became a basketball analyst for the NBA on NBC, ESPN and ABC Sports before joining Fox Sports 1. To this day, Elliott is considered a hero of the game, and his retired #32 hangs in the rafters of the AT&T Center. 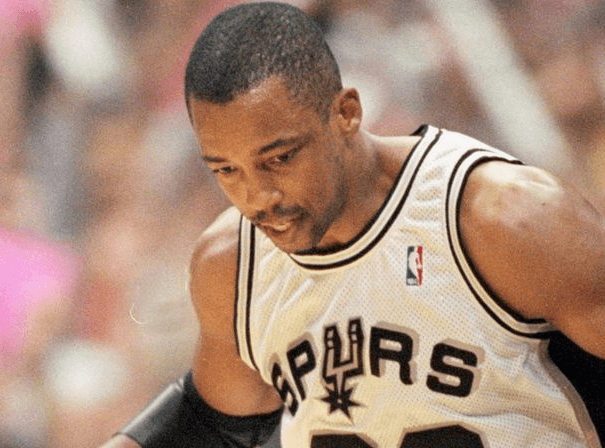