A former lightweight champion in both the BAMMA and Cage Warriors promotions, Stevie Ray is a Scottish mixed martial artist.

Ray has been a professional combat fighter for over 10 years, competing in mixed martial arts, Brazilian jiu-jitsu and submission grappling. He has competed primarily in the UK and his native Scotland, winning the Scotia Cup in Brazilian jiu-jitsu in both 2011 and 2012, as well as the Glasgow Open twice and the Edinburgh Open in 2019. He also made his professional mixed martial arts debut in 2010, competing in the Scottish Fight Challenge and winning the promotions inaugural Welterweight Championship in 2011. In 2012 he was briefly signed with BAMMA, again winning the promotion’s first ever Lightweight Championship. He continued to fight regularly and put in a series of impressive performances over the next few years, winning the Cage Warriors Lightweight Championship in 2013 and repeating the performance in 2014. By now, Ray was well known as one of the most impressive fighters to come out of Scotland, being signed with the Ultimate Fighting Championship in 2015. He has stayed with the promotion ever since, travelling around the world to compete in high profile bouts and winning Performance of the Night in his second match with the organisation.

Despite announcing his retirement due to injuries in 2020, Ray has recently come out of retirement to join the Professional Fighters League. Fans are looking forward to his return to the ring. 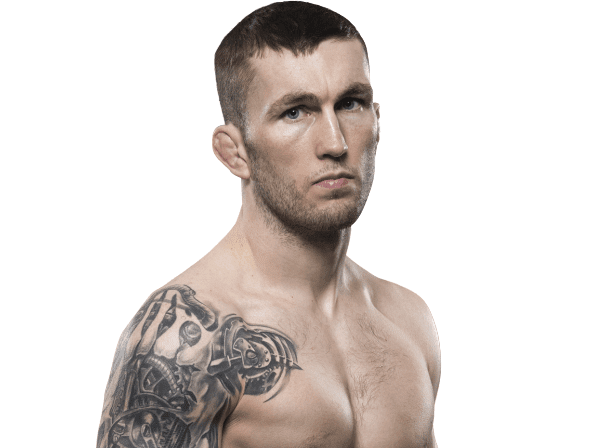