Japanese figure skater, Yuzuru Hanyu is highly accomplished in the men’s singles category as both a multi-wining national, world and Olympic champion.

After taking up skating at the age of four, Hanyu first competed in the novice category during the 2004-05 season. Soon to make his junior international debut during the 2008-09 season at the Junior Grand Prix, Hanyu went on to become the youngest male skater to win the Japan Junior Championships. His following season proved to be particularly successful when Hanyu won gold at both the Junior Grand Prix Finals in Tokyo and the World Junior Championships in The Hague. From here, Hanyu made his senior international debut during the 2010-11 season before becoming a four-time Grand Prix gold medal champion, a four-time Japanese national champion and a two-time world champion. Amongst his array of other medals, Hanyu also won gold as part of team Japan at the 2017 World Team Trophy in Tokyo and gold at the 2020 Four Continents Championships in Seoul. A highlight of his career, Hanyu qualified to represent Japan at the Olympic Games in both 2014 and 2018, at which he took home the gold medal on both occasions in the men’s singles event.

As the first male skater to achieve a Super Slam, after winning all major competitions throughout both his junior and senior career, Hanyu has since been awarded the Medal of Honour in 2014 & 2018 and the 2018 People’s Honour Award. 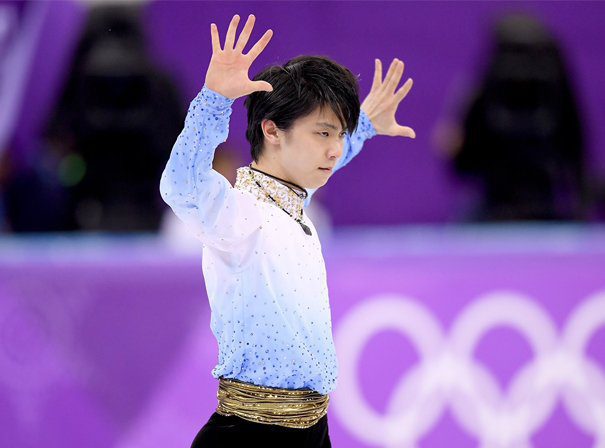