Classic, sophisticated and classy voice with huge emotional character. Janie Dee is a renowned actress and musical theatre performer and has won three prestigious awards in British Theatre; the Olivier Award, the Evening Standard and Critics’ Circle Award for Best Actress in a play, as well as the Obie and Theatre World Best Newcomer Award. She received the latter in New York for Alan Ayckbourn’s Comic Potential, which she performed in both London and New York, and she earned the Olivier Award for Best Supporting Performance for her work in a Musical for Carousel, directed by Nicholas Hytner at the National Theatre. 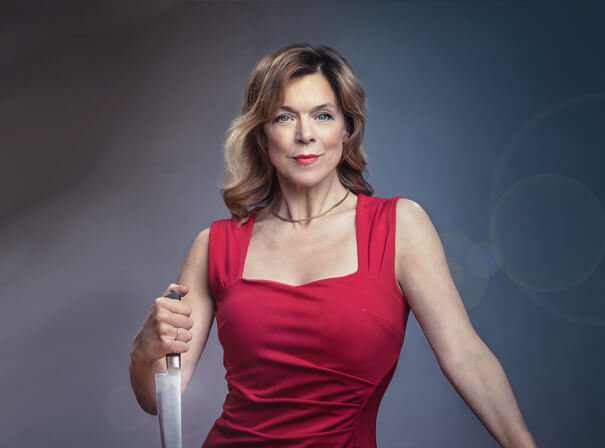