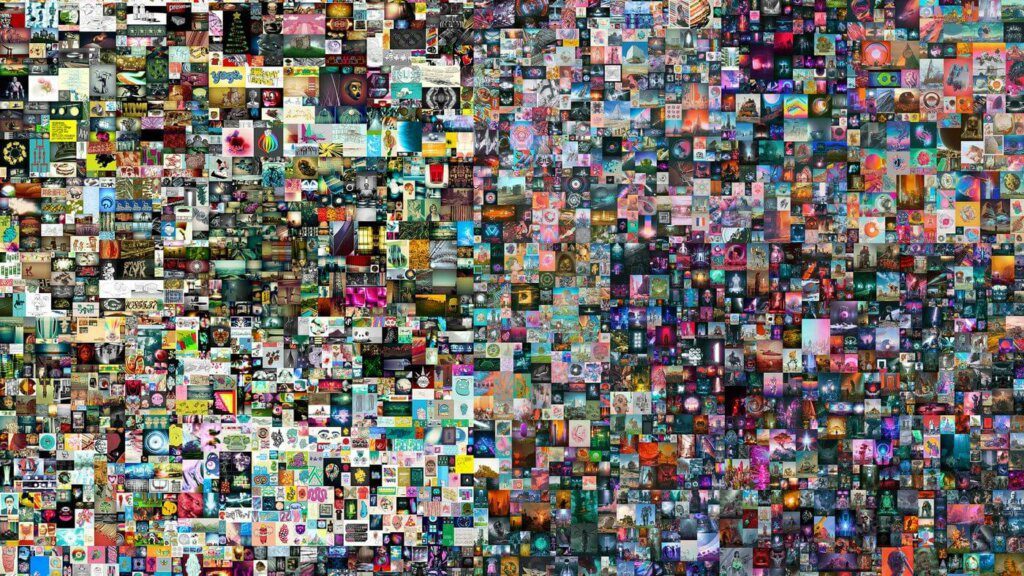 NFTs are being auctioned for tens of millions of dollars, with demand only increasing by the day. We take a look at the top 5 biggest sales so far.

Created by the artist Beeple, this is the most expensive NFT artwork ever sold. Taking in almost 70 million dollars at a historic auction run by the established auction house Christie’s, the piece is a composite of 5000 individual digital artworks created over 5000 days by the artist.

CryptoPunks is an all new creation of the NFT world. These are some of the first NFTs to ever go on the market, and now many of them are fetching huge prices. This particular CryptoPunk is one of the rarest – there are 10,000 in all, but only 9 of these digital collectibles are designated “aliens”. This is one of them.

This one is another artwork from Beeple, who topped our list. This one’s not a compilation of artworks, but a single piece – depicting a giant Donald Trump laid down and covered in graffiti, with onlookers strolling by, it’s a political work that is highly representative of our current global situation.

Jack Dorsey, the CEO and founder of social networking site Twitter, sold his very first tweet as an NFT for almost 3 million dollars. Sold to Oracle CEO Sina Estav, who has said that the work is of equal importance to the Mona Lisa, the NFT was sold on Valuables, an online auction platform.

If you are into virtual games, then you know that in-game items can be expensive. However, the Ethereum-based virtual game Axie Infinity may have taken it to the next level. In reality, Genesis Land is extremely rare within the game, and is very expensive to purchase. But a community member just bought nine Genesis blocks at a staggering $1.5 million! This has made it one of the most expensive NFTs in 2021.

Get in touch now to find out more about how MN2S can create, market and sell your NFTs.

The online music platform’s latest initiative gives artists the opportunity to crowd-fund their vinyl releases. In another boost to the format’s ever-growing…