A Night of Symphonic 90s

Pop, R&B, new jack swing and brit-pop are just afew genres which dominated the charts during the ‘90s and now audiences havethe chance to take a trip down memory lane with a full symphony orchestra. Thedecade was a confluence of classic pop subgenres and emerging sounds: on aSunday afternoon it was possible to tune into the weekly singles chartcountdown and hear pioneers like Goldie or The Prodigy alongside Barry Manilowand Celine Dion. ‘90s music fans can expect to hear an eclectic mix of theirfavourite hits performed by stars of the decade alongside a full symphonicorchestra.

The ‘90s were an era where songs from films could andoften did dominate the top spot of the singles charts for months at a time. Forexample, ‘I Will Always Love You’ from the 1992 hit film the Bodyguard spent 14weeks at the top of the charts, and Wet Wet Wet’s cover of the Troggs’ 1960shit ‘Love is all Around’ spent a phenomenal 15 weeks at No 1. House and technomusic also enjoyed mainstream popularity throughout this period with acts like2Unlimited and Culture Beat both enjoying unforgettable UK No 1 hits.

The music of the ‘90s undoubtedly remains dear toeveryone’s hearts. Now, for the first time, music fans can enjoy theirfavourite hits performed by some of the most iconic names of the decade accompaniedby the glorious sounds of a full orchestra. This event is the perfect night outfor people who just can’t shake that ‘90s nostalgia. 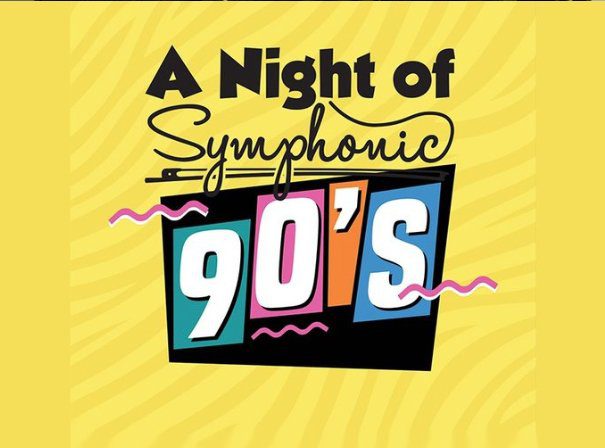 A Night of Symphonic 90s

Book A Night of Symphonic 90s