A Night of Symphonic Rock

Deep Purple, Metallica, Arcade Fire, Sting, Radioheadand The Moody Blues are just a few bands who have successfully collaborated in liveperformance with full symphonic orchestras. The addition of strings, brass andpercussion to classic rock songs adds an extra dimension to the sound andbrings new layers of emotion and meaning to the music. Often including rockicons such as; Lou Gramm – The Voice of Foreigner, Micky Thomas of Starship,Robin McCauley of Raiding the Rock Vault, John Elefante-Former lead singer ofKansas and the renowned German rock singer Terri Nunn, A Night of SymphonicRock has proved to be incredibly popular with audiences across North America,described by audiences as “the ultimate rock experience.”

Combining virtuoso musicianship, dazzling vocalperformances and full orchestral arrangements, the stage show gives reworkingsof all the biggest rock hits. Songs such as Led Zeppelin’s ‘Cashmere’,Starship’s ‘We Built this City’, Journey’s ‘Don’t Stop Believing’, Queen’s‘Bohemian Rhapsody’ and Meatloaf’s ‘Bat Out of Hell’ appear alongside classicrock repertoire by the likes of Eric Clapton, The Rolling Stones, The Eaglesand Bon Jovi. The touring show has so far received rave reviews from criticswho praise the show both for its outstanding musicianship and spectacularproduction. This show-stopping event is an opportunity for fans of rock musicboth young and old to hear their favourite songs performed alongside theglorious sounds of a full symphonic orchestra. 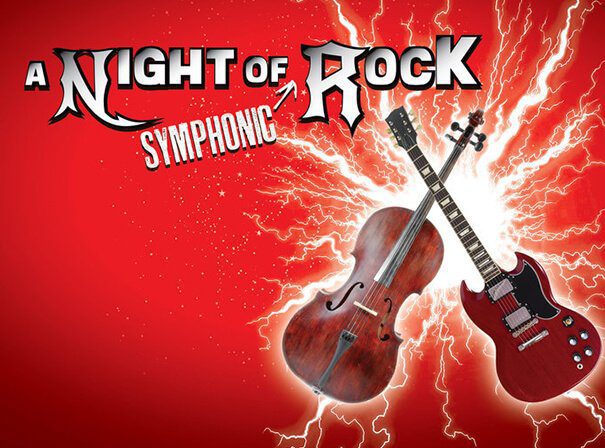 A Night of Symphonic Rock

Book A Night of Symphonic Rock