Since its release in 1988, Guiseppe Tornatore’s Italiandrama Cinema Paradiso has captivated both film fans and critics alike, and theepic motion picture has since become a classic of the silver screen. The filmfollows the relationship between the precocious but mischievous Toto and theunlikely father figure he finds in Alfredo, who works as a projectionist at theCinema Paradiso and grudgingly takes Toto under his wing. A blockbuster hitwith both Italian and international audiences, Cinema Paradiso won the 1989Academy Award for Best Foreign Film and has frequently topped lists of history’sbest films.

Along with its renowned kissing montage, the film isfamous for its breath-taking soundtrack composed by the Grammy Award-winningcomposer, Ennio Morricone – whose other famous compositions include the scorefor Sergio Leone’s The Good the Bad and the Ugly and Quentin Tarantino’s TheHateful Eight. The delightfully understated score skifully captures the film’swistful nostalgia and tender sentiment with an unobtrusive sensibility, addinga subtle emotional depth to each scene and rendering the character’s inner emotionsin sound.

For those who were too young to see the film on thebig screen, or for those who saw the movie on the big screen but want to reliveevery moment, Cinema Paradiso’s score will be performed live by a fullorchestra alongside a screening of the original motion picture at CinemaParadiso: The Symphonic Experience. This immersive audio-visual experience isan opportunity to enjoy classic cinema and beautiful music in a one-off event comingto concert halls around the world this year. 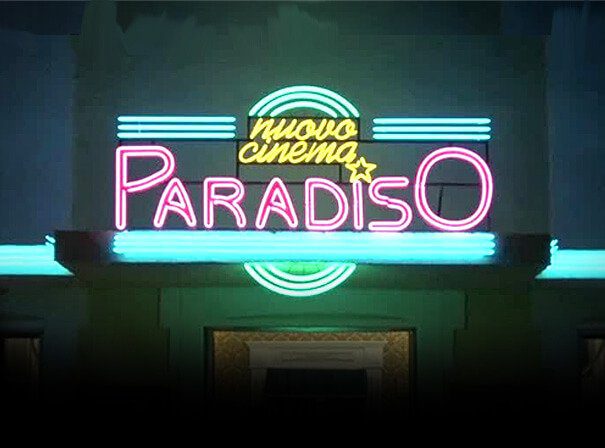