Kenneth Gorelick, known the world over as Kenny G, is one ofthe best-selling musicians of all time with over 75 million records sold. An unbelievablytalented saxophonist and multi-instrumentalist, Kenny is revered within thejazz community and beloved by music fans across the globe. His instantlyrecognisable sound draws in vast crowds whenever he performs live. With 14studio albums under his belt, Kenny is at the peak of an impressive career andis forging an immense legacy in the world of musicianship and performance.

Kenny’s musical track record is impressive. Starting hiscareer as a valued part of Barry White’s Love Unlimited Orchestra, he quicklygained recognition as a talented artist and was snapped up by Arista Records,producing his debut album in 1982. Enjoying increasing commercial and criticalsuccess with the release of his fourth album Duotones, Kenny was propelled intothe world stage as a force to be reckoned with. This album led to a number ofextraordinarily high-profile collaboration requests from vocal legends ArethaFranklin and Whitney Houston. As traction continued to grow and Kenny’s statusas a legend solidified, the accolades started to pour in: he earned a No 2 spoton the Billboard 200 for his album Breathless and a Grammy Award for BestInstrumental Composition.

Kenny G with Symphony is an event like no other. This legendaryinstrumentalist will take to the stage with an explosive performance alongsidea symphony orchestra. This incredible event is packed full of Kenny G’s mostloved hits including, ‘Forever in Love’, ‘Songbird’ and countless others,rendered with grandeur and emotion thanks to the breath-taking accompaniment ofa full symphony orchestra. 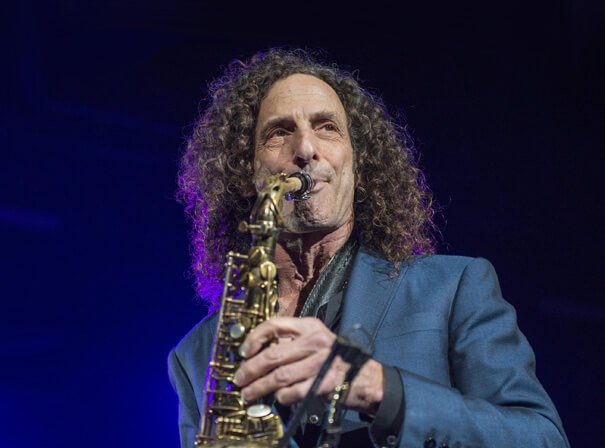